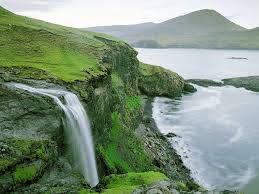 The latest UN-sponsored World Happiness Report deemed Denmark to be the happiest nation in the world. The 2013 World Happiness Report released on Monday by Columbia University’s Earth Institute utilized factors such as the GDP, life expectancy, social support, “perceptions of corruption”, and “freedom to make life choices”, to assign each country a total score.

In which Denmark, Norway, Switzerland, The Netherlands, Sweden, Canada, Finland, Austria, Iceland and Australia clinched the top ten places. The uniqueness of this feat is that it included 8 European countries leaving only Canada and Australia being the only two from the other part of the world. It further signified that the Scandinavian region is mainly decisive in Europe achieving this great milestone which should ideally be considered as a main form of measurement of development.

As reported by the daily mirror Sri Lanka the detailed information of the said report is as follows. Britain came 22nd in the study, behind the likes of Costa Rica (12th), the United Arab Emirates (14th), Panama (15th), Mexico (16th) and Venezuela (20th), but ahead of France (25th), Germany (26th) and Italy (45th). The least happy of the 156 countries to feature was Togo. Other African nations also dominated the bottom of the rankings, with Benin, the Central African Republic, Burundi, and Rwanda completing the bottom five. Controversial Syria came 148th, Bulgaria 144th, Yemen 142nd, Sri Lanka 137th and Egypt 130th.

The report is based on statistics compiled between 2010 and 2012 by the United Nations Sustainable Development Solutions Network that  found the world has become “a slightly happier and more generous place over the past five years”, adding that the biggest increase in happiness had been in Angola, Zimbabwe, Albania, Ecuador and Moldova.
The most significant fall in happiness evidently was found to have occurred in Egypt, which has been plagued by civil unrest since the last report. Greece, Myanmar (Burma), Jamaica and Botswana have also seen a dip in happiness, it said.

A rival to the World Happiness Report, the Happy Planet Index, last year judged Costa Rica to be the most joyous nation on Earth, followed by Vietnam, Colombia, Belize and El Salvador. It’s ranking “reveals the ecological efficiency with which human well-being is delivered”.

Canadian and antipodean cities usually dominate the Economist Intelligence Unit’s annual “livability” study, while anyone in search of a quick chuckle might consider heading to the town of Happy, Texas, the Tian Xing Yong Le (the Ever-Happy Temple) complex in China, or Hidakagawa in Japan, which hosts an annual laughing festival.