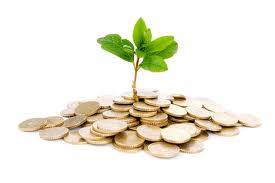 How should one acquire wealth in a way that will conduce to prosperity and happiness?

We bring you a comprehensive analysis on above based on a study done by Ms.S.Karunaratna with the support of Buddhist Cultural Centre, Sri Lanka. In order to make it more interesting we’ve broken the topics in to five sub topics & each will be presented on a daily basis. Please do share this with your friends and family.

The Buddha’s prescriptions for prosperity and happiness have been always laced with liberal doses of ethics. But sometimes the correlation between ethics and happiness is not very clear. The following pages try to make this connection.

People from various walks of life and of varying temperaments came to the Buddha to ask him all kinds of advice. The people of Veludvara and Dhigajanu Vyaggapajja of Kakkarapatta, for instance (on separate occasions) visited the Buddha and requested him to teach them those things which would conduce to their happiness in this life as well as the next.

Dhiajanu Vyaggapajja (like the people of veludvara) confessed to enjoying life thoroughly. “Lord” he said “we householders like supporting wives and children. We love to use the finest muslins from Benares and the best sandalwood, deck ourselves with flowers, garlands and cosmetics. We also like to use both silver and gold.” (A.IV 280)

With great compassion did the Buddha give Vyaggapajja (as he did the people of veludvara on another occasion) a comprehensive prescription for the attainment of prosperity and happiness without ever deprecating the life of sensuous enjoyment Laymen like to lead. It is in this sutta that the Buddha advocated four conditions which if fulfilled would give one prosperity and happiness. They are:

1. Utthanasampada – achievement in alertness. The Buddha has described this quality as skill and perseverance and applying an inquiring mind into ways and means whereby one is able to arrange and carry out one’s work successfully.

3. Kalyanamittata – having the compainionship of good friends who have the qualities of faith, virtue, generousity and wisdom.

4. Samajivikata – maintaining a balanced livelihood. This last condition requires one not to be unduly elated or dejected in the face of gain or loss but to have a good idea of one’s income and expenditure and live within one’s means. A man is advised not to waste his wealth like shaking a fig tree to get one fruit, thereby causing all the fruits on the tree, ripe and unripe, to fall on the ground and go waste. Nor is one advised to hoard wealth without enjoying it and die of starvation.

This advice with regard to acquiring material wealth is followed up with four conditions for one’s spiritual welfare which would ensure one a happy birth in the next life also. They are: Having the qualities of faith, (saddha) virtue, (sila) charity (dana) and wisdom (panna)

A careful look at the two sets of four conditions clearly show that the principle underlying them is that one should maintain a balance between material and spiritual progress. Directing one’s attention to one’s spiritual welfare along with one’s daily activities having to do with acquiring wealth acts as a break to ever-increasing greed. The purpose of restraining greed or sense desires is to develop contentment with less wants. Amassing wealth for its own sake is condemned by the Buddha. When wealth is not shared and is used only to satisfy one’s own selfish aims, it leads to resentment in society. When this sutta is carefully considered the connection between ethics and happiness becomes apparent.

Further in the sutta, wealth is likened to a tank of water with four outlets through which the water is liable to flow out and go waste. These outlets are what dissipates wealth, viz., debauchery, addiction to liquor, gambling and keeping company with evil doers. The four inlets which keep replenishing the supply of water in the tank are the practising of the opposites of what has been mentioned above such as abstaining from debauchery, etc.

According to the Alavakasutta (Sn. p.33) wealth is acquired by energetic striving, amassed by strength of arm and sweat of brow.

The Buddha has also observed that in acquiring wealth one should not be deterred by cold, heat, flies, mosquitoes, wind, sun, creeping things, dying of hunger and thirst but that one should be prepared to endure all these difficulties. (M.I. 85) In short, being idle and shirking hardhips is not the best way to succeed in gaining prosperity.

Earning wealth through selling intoxicating liquor, harmful weapons, drugs and poisons or animals to be killed are all condemned. They fall into the category of wrong livelihood (A.III 206.) One’s livelihood must be earned through lawful means, non – violently (S.IV 336). In fact, the Buddha has stated that the wealth of those who amass it without intimidating others, like a roving bee who gathers honey without damaging flowers, well increase in the same way as does an anthill. (D.III 188)

In the Dhananjanisutta (M.II. 188) ven’ble Sariputta states that no one can escape the dreadful results of unlawful and non – righteous methods of livelihood by giving the reason that one is engaged in them to perform his duties and fulfill obligations. The Dhammikasutta of the Sutta nipata states “Let him dutifully maintain his parents and practise an honourable trade. The householder who observes this strenuously goes to the gods by name Sayampabhas.”

In the Parabhavasutta of the Sutta nipata, the Buddha stressed ethical conduct if a man is to avoid loss of wealth. In fact, innumerable are the discourses which advise one to observe the pancasila – the five precepts, which are based on the principle of respect and concern for others. They imply that one should not jeopardize the interests of others (M.I. 416), that one must not deprive another of what legitimately belongs to him (M.I. 157) for it is indicated that a man’s possessions form the basis of his happiness (M.A.II 329, Commentary to the Saleyyaka sutta, M.I. p.285) Far less should any one deprrive another of his life or cause pain or harm to any living being. The Dhammapada (v 129) states:

“All tremble at the rod. All fear death. Comparing others with oneself, one should neither strike nor cause to strike.”