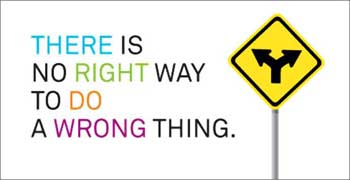 How should one protect the wealth one has earned?

The Buddha has pointed out that wealth must be protected from fire, floods, the king, robbers, enemies and unbeloved heirs (A.III 259). Two out of these five dangers are natural calamities. The other three arise through human agency. This is where the importance of the second precept is seen. If each individual observes the five precepts, society is to a great deal made secure against infringement of individual rights and a peaceful, harmonious existence is ensured. What the Buddha points out is that ethics have a direct bearing on one’s security and happiness.

The correlation between ethics and happiness 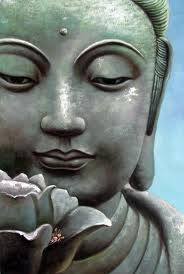 Buddhist ethics are based on the principle that certain actions (kamma) result in certain effects; in short, they are based on the Law of Causality – Paticcasamupada. But, we may ask, why do immoral acts result in suffering and unhappiness? What is the correlation between moral acts and beneficial results?

The Culakammavibhangasutta of the Majjhimanikaya mentions that a person who kills a living creature will be born in an evil state. This remark is not based on mere speculation. Such states are observable through higher knowledge – abhinna – attained through meditation. It is through this higher knowledge obtained at Enlightenment, by assiduous mind training and purification, that the Buddha was able to see by means of a thoroughly clarified mind, free from all defilements, the data on which he based his theory of Causality. This doctrine of Paticcasamupada or conditionedness explains the relational dynamics of phenomena, both physical and psychological. Paticcasamupada is the process through which the law of kamma also operates. Kamma, as every Buddhist knows, originates in volition. The oft quoted words of the Buddha regarding kamma are, “Cetena, bhikkhave, kammam vadami…..” (A. III 415) At the same time, Buddhism acknowledged the fact that there were laws, other than kammaniyama, that operated in the world such as uttuniyama, bijaniyama, cittaniyama and dhammaniyama.

As has been seen the pancasila ensures our security in society. Also, to a great extent, the fact that good actions lead to beneficial results and that bad actions lead to suffering is observable in daily life and we are able to know this experientially.

The Buddha’s prescription for prosperity and happiness in this and in the next life is based on very practical advice of a worldly nature, inextricably linked with ethics. The layman’s code of ethics – which includes the observance of the pancasila – the five precepts – is a sine qua non for all Buddhists. The social consequences of observing the basic ethics enunciated in the layman’s code of ethics are very extensive. They contribute to producing a protective atmosphere of security and goodwill around one which is conducive to both material and spiritual progress. 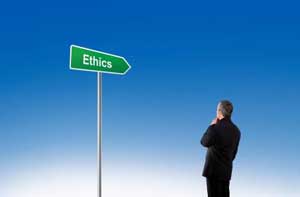 There is no space here to go into the reciprocal duties listed in the Sigalovadasutta between a householder and members of his family and the reciprocal duties of a householder vis – a – vis the members of society on the periphery of his family. Briefly, there are duties and obligations which a layman should perform for each of the individuals represented by the six directions, viz., the East (parents – children), the South (Teachers – pupils), the West, (husband – wife), North (friends and associates), Zenith (religieux – laymen), Nadir (employer – employee). If these duties and obligations are fulfilled they would contribute considerably to establishing harmonious relationships within the family and without. Among the duties and obligations of an employer towards and employee are assigning work according to ability, supplying food and wages, tending them in sickness, sharing delicacies, and giving them leave. Employees should perform duties well, uphold the employer’s good name, take only what is given, rise before him and sleep after him.

Among the duties of children towards parents are supporting them (in their old age) and performing other duties for them. The duties of parents towards children include restraining them from evil, encouraging them to do good, training them for a profession, arranging a suitable marriage and handing over their inheritance at the proper time.

A husband should be courteons to the wife, not despise her, faithful to her, give her, authority over household matters, provide her with adornments. A wife should perform her duties well, be hospitable to relatives on both sides and attendants, faithful, protect the husband’s wealth, and be skillfull and industrious in discharging her duties. This advice shows that good relations between a husband and wife and the good relation they maintain with others and their own industry conduce to their prosperity and happiness. Co – operation, interaction and good will are stressed.

A classic definition of good actions and bad actions is given in the Ambalatthika Rahulovadasutta of the Majjhimanikaya:

It is said that one protects others by tolerance (khantiya), non – injury (avahimsa) compassionate love (mettata) and kindness (anudayata). It can be seen that pancasila is implicit in these. When the pancasila is observed scrupulously it protects one and others very adequately.

Buddhist ethics urge that one’s actions should flow from a view that is not egocentric but which regards oneself and others as one. What is stressed is not a monism but the principle of anatta in the psycho – physical process which goes to make up the human being. Consider stanza 7 of the Karaniyamettasutta of the sutta nipata:

“Just as a mother would protect

her only child with her life,

even so let one cultivate

a boundless love towards all beings.”

The view of anatta in the philosophy shows that the division between the mentally constructed notion of “I” and the rest of the world as the “other” is artificial. When actions flow from this stand point, then such actions are bound to be ethical (kusala); that is to say, they do not lead to raga (attachment) but viraga (detachment). This, of course, is the ideal – the goal,

This view of detachment recommended, based on the belief that all phenomena are devoid of a permanent essence, demonstrates the fact that there is no radical difference between the outlook of one who is bent on attaining nibbana and the one who is practising the path in lay life.

The Buddha’s prescriptions for the attainment of prosperity and happiness through material wealth in an ethical manner ensures one’s gradual progress on the path. The following quotation from David J. Kalupahana’s book, Buddhist Philosophy explains this idea well.

“It may not be far from the truth to say that this attitude of renunciation is behind every moral virtue. Not only those who leave everyday life and embrace the life of a monk, but everyone is expected to practice renunciation to the extent to which he is able. Without such sacrifices, there cannot be perfect harmony in society. Thus, even the simplest of virtues, such as generosity, liberality, caring for one’s parents, family, fellow beings and others cannot be practiced without an element of renunciation or sacrifice. This is the ‘sacrifice’ the Buddha emphasized.”

Previous articleLOVE, is all you and I want
Next articleNeed Washing !
Digital Media