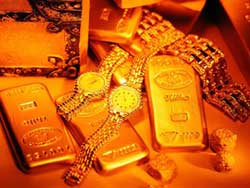 We bring you a comprehensive analysis on above based on a study done by Ms.S.Karunaratna with the support of Buddhist Cultural Centre, Sri Lanka. In order to make it more interesting we break the topics in to five sub topics & each will be presented on a daily basis. Please do share this with your friends and family.

The Buddha’s prescriptions for prosperity and happiness have been always laced with liberal doses of ethics. But sometimes the correlation between ethics and happiness is not very clear. The following pages try to make this connection.

The Buddha’s attitude towards material wealth

Many people, including Buddhists, believe that Buddhism spurns the acquisition of material comforts and pleasure and is concerned only with spiritual development. The attainment of Nibbana is, indeed, the goal. However, the Buddha was very much alive to the fact that economic stability is essential for man’s welfare and happiness.

In the Anguttaranikaya (A.II. (69-70) the Buddha mentions that there are four kinds of happiness derived from wealth. They are:

1) Atthisukha – The happiness of ownership.

3) Ananasukha – the happiness derived from not being in debt.

4) Bhogasukha – the happiness of sharing one’s wealth. This kind of happiness is an extremely important concept in Buddhism.

Although the Buddha saw that economic stability was important for man’s happiness, he also saw the harmful side of wealth. Rather, he saw that man’s natural desires and propensities are such that wealth provides ample scope for these propensities to surface and indulge themselves. Yet, it appears, desires can never be fully satisfied for it is stated in the Ratthapalasutta (M.II.68) “Uno loko atitto tanhadaso.” The world is never satisfied and is ever a slave to craving. The Dhammapada (vs. 186-187) also points out this insatiability in man. “Na kahapana vassena titthi kamesu vijjati…” Not by a shower of gold coins does contentment arise in sensual pleasures.

In another analogy (S.I.. 93ff) the Buddha classified people into the following categories:

Sometimes wealth causes certain people to be miserly. The Buddha has remarked that riches “that are not rightly utilized run to waste, not to enjoyment” and compares such a person to a lake of pure water lying in an inaccessible savage region. (S.I. 89-90).