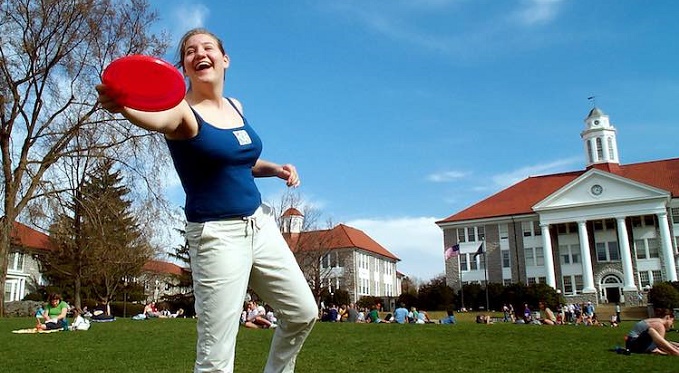 At least 85 of America’s top colleges are now endorsing the idea of emphasizing community involvement over personal success in their admissions policies.

A new Harvard report is basically saying the best way to succeed for students who are applying to college is to relax, and be nicer to your family and neighbors.

The change is one of several reassessments of current admission policies — including de-emphasizing standardized test scores and more attention to home life — contained in a new report from the Harvard Graduate School of Education called “Turning the Tide.”

The report focuses on reducing pressure on students applying to college, promoting the common good across communities, and making it easier for students of different races and income levels to compete for a spot at college.

“Too often, today’s culture sends young people messages that emphasize personal success rather than concern for others and the common good,” Richard Weissbourd, Senior Lecturer at the graduate school said.

The report concludes that it is unhealthy to increase the pressure on students to constantly achieve — blaming that pressure for higher rates of anxiety, depression, and substance abuse among college bound teens.

It makes multiple recommendations to improve the quality of their lives and contributions from students applying to college:

• Decreased emphasis on college AP (advanced placement) classes and ACT and SAT scores. The report even suggests making the tests optional and discouraging students from taking them more than twice
• Encouraging students to take on a local community project or volunteer with a diverse group for a cause they believe in, rather than performing “exotic” volunteer trips overseas
• Encouraging students to forego big name schools for those that are a “best fit” for the individual student
• And placing a high value on a student’s contributions at home — including simple chores that make life easier for the rest of their family

Some colleges, such as Yale University, have already begun incorporating the report’s findings into their admissions process. Its admissions survey next year will require applicants to explain contributions they have made to their family.