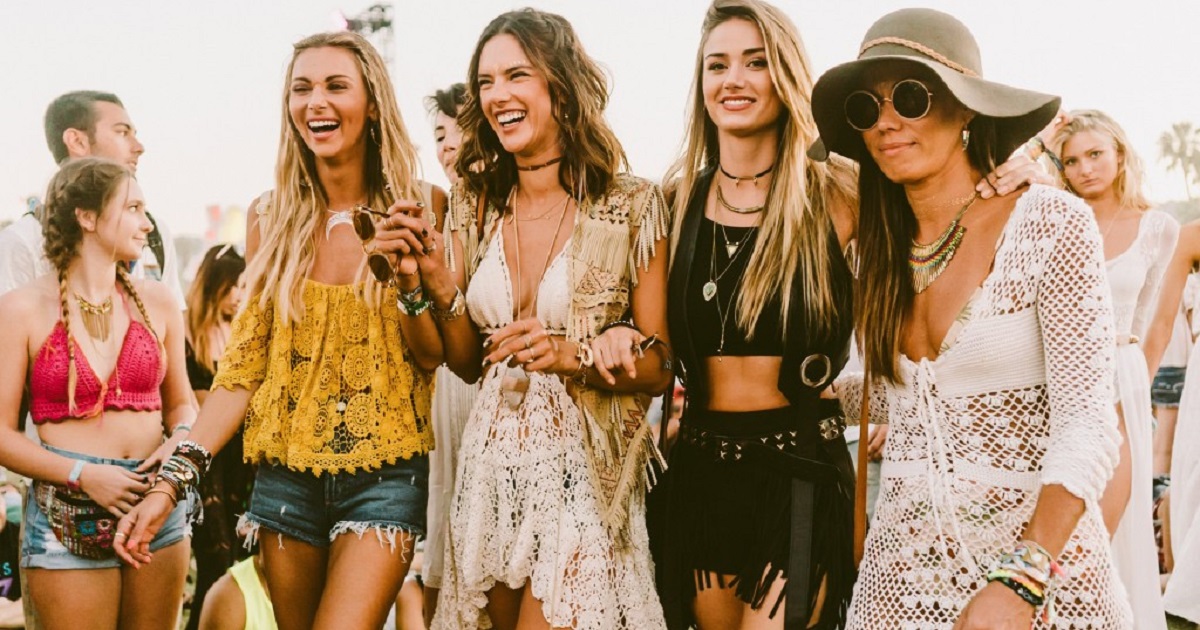 Loose, free-flowing clothing, that makes you feel in harmony with yourself describes bohemian fashion. There are no rules when it comes to boho style. Whether it is maxi dresses, short dresses, long skirts or harem pants! The list is endless.

So where did this style originate?

Boho style has been around for more than two centuries but its origin has been a debatable point among historians. While some say that it was born in France during the French Revolution, there are those who believe that it has its roots in ‘Bohemia’, in the Czech Republic. It is believed that the term ‘bohemian’ was picked up by the French and was a slanderous way to describe gypsies.

Boho Style in the 18th Century

After the French Revolution, when artists were deprived of the patronage of wealthy clients, they had to wear used, cheap and unfashionable clothing and lived like nomads. Their clothes were threadbare and layered with whatever they could find. Pretty different from the trendy boho clothing with harem pants and maxi dresses we know now, right?

In the late 18th Century, the Romantic Movement saw the artist become a piece of art, not just because of their work, but because of how creativity was displayed in their lifestyle and clothing. It was an altogether different cult.

Boho style was redefined in the 19th century when the Romantics and French artists wore loose flowing colorful clothes, with long hair and wide-brimmed hats. There is much about bohemians in Henri Murger’s tales about dishevelled looking intellectuals and artists in threadbare coats.

Bohemian style evolved in the 19th century with the Aesthetic Movement. They rebelled against the rigidity of the Victorian era and adopted a style that focused on loose-fitting hand-embroidered clothes with designs inspired from the medieval times.

Boho Style in the 20th Century

It was actually in the 20th century that boho fashion came to the forefront with modern styles. Hippies popularized the style by mixing girlish skirts with old western styles.

Boho Style soon became mainstream and it is no longer an alternative way of life born out of necessity. It is now a fashion statement with bell bottoms, hippie pants, and gorgeous prints.

As with any style, bohemian style has evolved through the centuries and is still evolving. The carefree boho style that we know today has been recycled using items from the past. This style, which is steeped in history, is also a way of expressing individuality. The beauty of this historical style is that it crosses all barriers of time and fashion. The geographical boundaries are all blurred and the cultures are welded as one.

Boho style gives you the freedom to set the bohemian inside you free to dress as you want by picking up the elements that you like and blending them into your own unique style.

LED panel lights are contemporary lights that may be...
Read more
Others

Be it that you’re a fan of PlayStation or...
Read more
Health

Sexual disorders are often not taken seriously for the...
Read more
Life

30 Holiday Gift Ideas For Your Friends and Loved Ones

Everyone is happy when they receive gifts from people...
Read more
Home

This method is used to restrict water from penetrating...
Read more
Home

Replacing vs Repairing locks: Learn from the best locksmith Northampton

When it comes to security, consideration about locks gets...
Read more
Business & Marketing

How Can an Accountant Help Your Enterprise? Here’s What They Can Do for You

You may already know that proper accounting will help...
Read more
Digital Marketing

How to choose the best app developer company for you?

If you think about it, there are so many...
Read more
Science and Technology

Winding technology is a crucial part of the manufacturing...
Read more
Digital Marketing

How AI Is Changing Digital Marketing

LED panel lights are contemporary lights that may be...
Others

Be it that you’re a fan of PlayStation or...