How Sociopaths Hook Empathetic People – With False Innocence and Appreciation 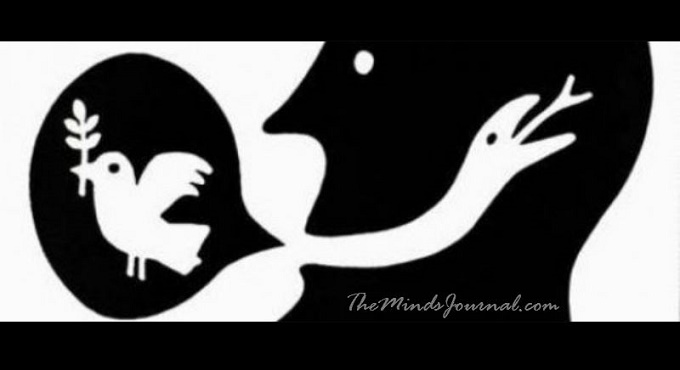 Sympathy For the Devil

Cute. Adorable. Baby. You’ll often hear these adjectives used to describe a psychopath. It’s all part of the charm. You were probably never attracted to arrogance, jerks, and over-confidence. Instead, you’re drawn to the innocent, sympathetic partner—the one who tells you you’re making them happier than anyone else. There is a strange pattern among most survivors: going from “giving them attention” to “needing their attention” in the blink of an eye. How did this transition happen? How did you lose your self-esteem to someone who seemed to have none to begin with?

When you first met the psychopath, you probably felt sorry for them. They had so many sympathetic qualities: their ex had abused them, they were insecure about the way they looked, they’d been so unhappy until they met you, and now they can’t believe they’re dating someone in your league.

This is where your empathy kicks in. You’ve done it all your life: you see someone feeling inferior, and you know how to make them feel better. You want to heal them. And so you put your-self down to raise someone else up.

The psychopath is like no one else, because they genuinely seem to adore all of your efforts. They compare you to past exes, idealizing you above everyone else. It’s as if all of your energies finally have a purpose, after likely being frustrated with the unending, not-so-appreciative complaints of others.

Many survivors report not even being attracted to the psychopath at first. But with time, you begin to see them as the best looking person in the world. You can’t even think of anyone else sexually. How did this happen?

By pouring all of your empathetic capital into healing their supposed insecurities, you come to a point where you actually start to believe your own kindness and compassion. You become obsessed with proving your loyalty, because you believe the problem is their insecurity. If you make yourself vulnerable enough, surely they will learn to overcome their inferiority complex.

But that’s not the problem and it never was.

You know now that you spent all this time chasing a manufactured illusion: you were under the impression that they thought they were lucky to be with you. You probably didn’t like that power dynamic, so you built up your partner in order to make them feel better. And this is how they hooked you: with sympathy. If you perceive them as childlike, your natural instincts kick in, and you do everything you can to prove how much you care. This is likely the way you’ve dealt with people throughout your entire life: when others have no self-confidence, you try to build it for them.

Like a psychopath, you can probably sense insecurities. The difference lies in how you act upon those insecurities. Psychopaths see them as a way to manipulate and control. Empathetic people, on the other hand, seek to cure insecurities with love and compassion. This is why so many survivors find themselves surrounded with negative people after the breakup. Because for a long time, you probably gained your sense of self-worth from making miserable people happy.

So when the psychopath came along, you had more self-worth than ever before, because it was dependent on others. You experienced chemical changes, forming an immediate bond of love and trust. You were willing to do whatever it took to build up their happiness. You constantly complimented their looks, you didn’t mind paying for dates, you laughed at their jokes even when they weren’t funny. And in return, you were rewarded with their overwhelming appreciation that gave your life meaning.

But somewhere in this whirlwind, you suddenly found the tables turned. It happened fast. Instead of sympathetically reassuring the poor guy/girl, you found yourself desperate for their approval.

They began to make it clear that they did not actually need all of that attention. In fact, they found it very annoying. When you complimented them, you received an arrogant laugh or a disingenuous “you too baby”. It’s as if you became the relationship newbie, and they were the one who would take things from there.

Additionally, the attention started coming from other sources. Your unique ability to make them happy wasn’t so unique after all. This triangulation was pure torture.

They used the silent treatment to punish you and deride your once-needed sympathies. You began to feel stupid, unattractive, needy, and useless. Your solution was to continue self-destructing to make room for their “feelings”. You brushed aside complaints of their lying or triangulating because they made it very clear that this kind of talk was unacceptable.

Do you see what happened? The ball was in their court. And the scary thing is, despite your own beliefs, it was never in your court to begin with. All they did was make you believe it was. By giving you this false sense of self-confidence and importance, you opened up fast. This is why you trusted the psychopath very quickly and let them into your life without a second guess.

This is also why the grand finale was more terrible than anything you’ve ever felt before. It was the outright dismissal of your self-worth. You invested all of it in them, thereby giving them the power to take it away. You never even comprehended a power struggle, because you were too busy pleasing their invented baby persona. After all, how in the world could a baby be plotting manipulation and domination? It’s as if they declared “checkmate” when you thought you were playing checkers.

And you were addicted to more than just their attention—you also became addicted to their approval of your attention. You felt empty without it, and that’s why a psychopathic breakup takes so long to recover from. You are not just getting over a romantic encounter; you’re rebuilding your self-worth from scratch. That’s why you become so sensitive to the reactions of future partners. Until you go through the recovery process, you will be bouncing around trying to find a replacement for that approval—something to give your life meaning again.

But there is good news here, and it outweighs everything else. Once you begin recovery, your life changes forever. You start to find overwhelming self-worth in your own values, behavior, and heart. Remember those negative people I mentioned above? Slowly but surely, they begin to disappear from the picture. At first, you question yourself and remember how “happy” you were with them. But as you redefine your self-worth, you come to realize that you created this happiness. And similar to your relationship with the psychopath, you thought these people needed your happiness. Well, this isn’t your responsibility anymore. You have better things coming your way.

This topic comes from the Psychopath Free book, which is available on Amazon!
This article was originally published in forum thread: Sympathy for the Devil started by Peace

Previous article10 Signs You Have Met Someone From Your Soul Group
Next articleMix Bananas, Honey and Water: Cough and Bronchitis Disappear as If By Magic! (Recipe)
Digital Media