Hubble Kept Its Camera Pointed THERE For Over 4 Months, What It Discovered Will BLOW YOUR MIND!

A couple of years ago, the Hubble Space Telescope began pointing its camera at a small area in the night sky.

The area, about a tenth the size of the full moon, appeared to be complete blackness with no stars visible to the naked eye.

Hubble kept its camera pointed there for over 4 months, taking in all the light it could.

This is what Hubble saw… 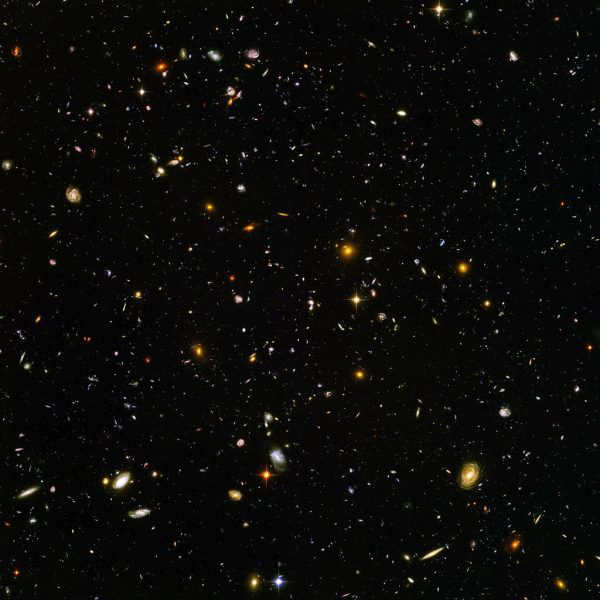 Each star may have a system of orbiting planets.

There are over 10,000 galaxies in this photo alone.

These are the most distant objects ever photographed. More than 13 billion light years away. 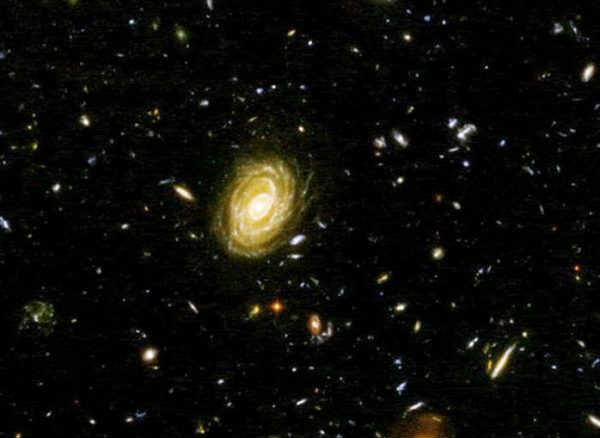 The large galaxy pictured here contains 8 times as many stars as our Milky Way Galaxy. It is so large, it technically shouldn’t exist according to current physics’ theories.

The entire Star Trek series takes place in one galaxy. The USS Enterprise at maximum warp speed would take almost 10 million years to reach this galaxy. (damn that’s a lot)

And here comes the great part, the mind blower!

We’ve got ALL OF THAT from a tiny, little dark square, smaller than the full moon, that looked like NOTHING! 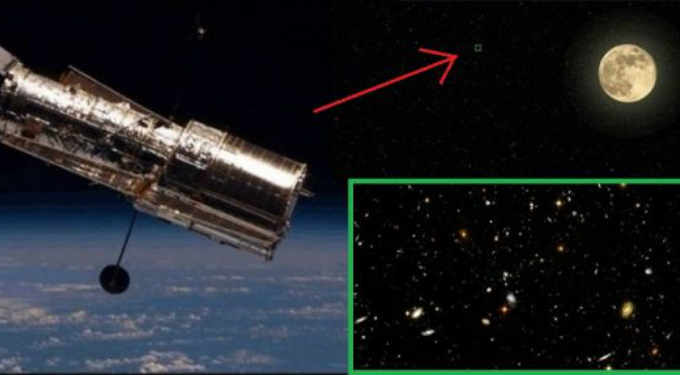 It makes you feel like a fool just for thinking that maybe we are the only ones in The Universe. I mean, the chance of that being true is smaller than 1 in 1,000,000,000,000. A LOT smaller! It should be common logic that we are not.

I believe each specie holds within a special gift, a piece of the puzzle. To discover this piece a race needs to unify and work as one. When we achieve this, I believe, the next challenge is to start putting this pieces together, to find where our piece fits. Maybe there will be a galactic federation uniting all races in a certain galaxy.

Why stop there… after a galaxy functions as ONE why not unite with a cluster of galaxies… and go on until The Whole Universe is united in ONENESS.

Because, if you ask me, that’s the purpose of The Universe. I mean it’s in the name.

Those are the words of GOD. That’s GOD’s song. The Universe.