If You Drink Alcohol On A Regular Basis, You Need To Read This Immediately. 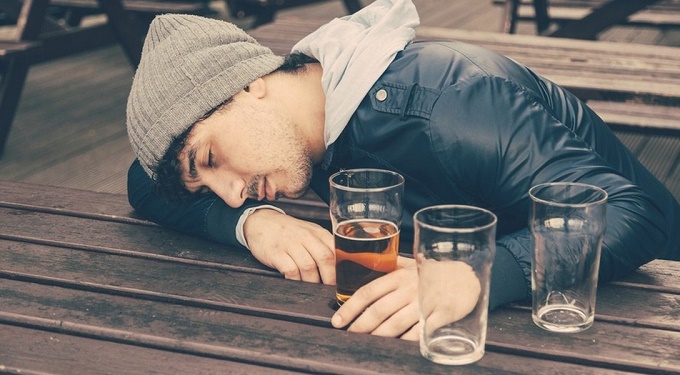 It’s widely known that alcohol isn’t good for you, but people believe that the social and psychological effects are ‘worth’ the physical damages. While it is up to every adult to decide what is best with them, it is also up to every adult to seek out as much truth as we can understand and find.

Alcohol’s immediate and short term effects are damning. It immediately inflames the stomach lining and delayed stomach emptying. Everyone know’s that it dehydrates you but I personally had no idea how much.

50 g of alcohol in 250 mL of water (four drinks) causes the elimination of 600 to 1,000 mL (around a quart) of water over several hours! Drinking enough results in a hangover. Our bodies are not only dehydrated but our brain chemistry is knocked entirely out of whack. This study by Brown University and the University of Indiana break down every aspect of a hangover.

While drinking makes us temporarily ‘feel better’, the effects of alcohol use is surprisingly awful. Below we cover the results of some of the long term effects of drinking on our bodies and minds. After learning about this I can’t say that drinking is worth it. Especially while alternatives like marijuana exist.

It Has Carcinogenic Properties

That’s right, alcohol can cause cancer. Studies have shown a direct link to cancer development. Moderate to regular use can lead to Head and neck cancer, Esophagal Cancer, Liver Cancer, Breast Cancer, Colorectal Cancer, and more.

B12 keeps nerve and blood cells healthy, create and regulate DNA. There is a lot of controversy that many people are suffering from deficiencies. Alcohol lowers your B12 levels and inhibits healthy production. This can lead to cellular break down.

Alcohol interferes with the pancreas’ ability to absorb calcium and vitamin D. The loss of these necessary minerals cause multiple system failures, particularly the skeletal system.

Drinking causes Cirrhosis, a condition where the liver becomes scarred and no longer functions correctly. Cirrhosis can be irreversible in its damage, causing serious illness, even death.

Alcohol lowers serotonin levels in the brain. While people turn to drinking to alleviate depression, this lowering of the brain’s feel good chemicals lead to depressive cycles.

Alcohol can slow down process in the brain making memory recollection harder. Serious drinking can lead to blackouts, where a person can not recall events within a window of time. Over time regular drinking habits can limit a person’s ability to recollect what happened while they were sober.

Previous articleThis Is The Reason Mosquitos Prefer To Bite Some Humans and Leave Others Alone.
Next articleHe Draws Over The Flash Of His Phone With A Blue and Purple Sharpie. The Reason? Awesome.
Digital Media