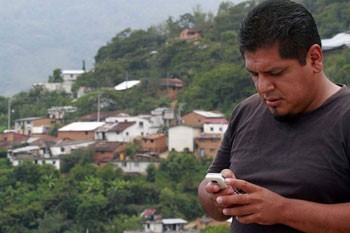 A small Mexican village has launched its own mobile phone network – and found a way to charge its customers 13 times less than its competitors. The village is more famous for its coffee than its mobile service, that’s now starting to chance. 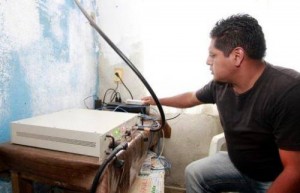 The remote mountain village of Villa Talea de Castro, population 2,500, was left without service when major operators in the country deemed it not profitable to connect to the network.

So instead of submitting to the whims of billionaire Carlos Slim, the town took matters into its own hands.

AFP reports that the village launched a scheme with the help of local universities, indigenous groups and officials to install a network of antennae on rooftops, install the right equipment (900mhz radio net, routing software and computers) and essentially complete one of the highest-tech DIY schemes in Mexico.

Now, restaurant manager Ramiro Perez can call his children and receive food orders on his cellphone at a cheap price in this village dotted by small homes painted in pink and yellow.

“I have two children who live outside the village and I communicate with them at least two or three times per week,” Perez, 60, told AFP.

The result is Red Celular de Talea (RCT), a micro-network which provides cheap, effective mobile coverage across town. And the price is right. According to NDTV the service costs 15 pesos per month — about 72p. That’s 13 times cheaper than the basic plans available in Mexico city, and far less too than telephone booths which cost about 10 pesos per minute to use.

Previous articleHow to Make a Water Distiller That Makes Dirty Water Drinkable With Supplies you Already Have
Next articleCat loves Baby!!!
Digital Media