Krokodil, The Flesh-Eating Street Drug That Rots Skin From Inside-Out, Expands To Illinois

It’s called “the most horrible drug in the world” — and it’s come to Illinois. 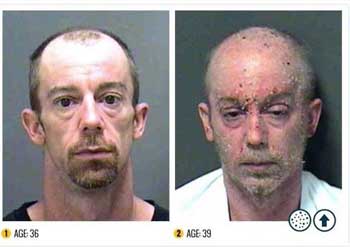 Dr.Abhin Singala, a specialist at Presence St. Joseph Medical Center in the Chicago suburb of Joliet, said he’s treating three people who took “krokodil,” a cheap heroin knockoff from Russia known to cause such extreme gangrene and abscesses that a user’s muscles, tendons and bones can become exposed.

“If you want to kill yourself, this is the way to do it,” Singla said according to the Sun-Times.

(WARNING: Extremely graphic: See photos of the effects of krokodil)

According to Joliet Patch, Singla is treating what appear to be the first cases of krokodil reported in the Chicago metro area.

“As of late as last week, the first cases – a few people in Utah and Arizona – were reported to have been using the heroin-like drug, which rots the skin from the inside out,” Singala said in a Tuesday press release. “It is a horrific way to get sick. The smell of rotten flesh permeates the room. Intensive treatment and skin grafts are required, but they often are not enough to save limbs or lives.” 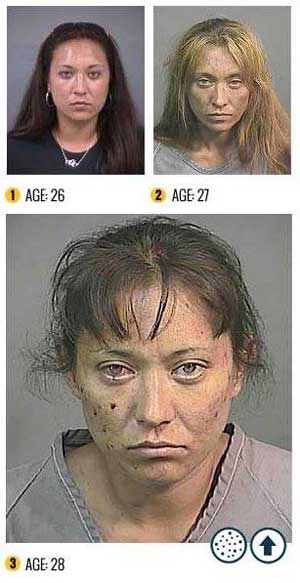 While the drug has been in Russia for at least a decade, krokodil is only now making its way to the states. The first reported instances of the intravaneous drug cropped up in Arizona roughly two weeks ago.

Krokodil, named for the scaly green appearance of skin once gangrene sets in, rose to popularity in Russia due to a heroin shortage. Also known as desomorphine, the budget drug (roughly one-tenth the cost of heroin) is made from codeine tablets combined with substances like gasoline, paint thinner or lighter fluid.

As Forbes notes, however, desomorphine itself isn’t responsible for the “rotting from the inside-out” effect of krokodil; the drug was in fact patented in the ’30s and marketed in Switzerland under the brand name Permonid.
The deadly effects from illicit version of the painkiller, however, stem from the substances Forbes says “amateur chemists” don’t properly remove.

Still, those facts are of little comfort to Illinois health officials. The collar counties outside Chicago have seen an alarming spike in heroin deaths in the past few years.

The average life expectancy for a krokodil addict, Singala said, is less than two years.

In Will County where Singala is treating the krokodil cases, he warns “Will County’s already burgeoning heroin epidemic may have created a tolerance level to the point where users are now looking for cheaper and better highs.”

The most effective weapon in the war on drugs is education.