Learning how to face the death ! 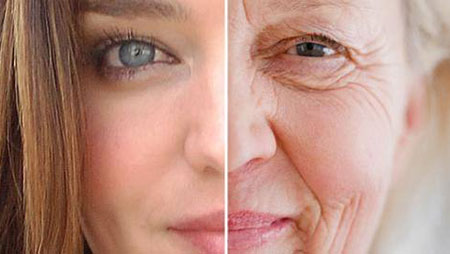 When I was in elementary school, my grandfather remarried a few years after my grandmother died.  His new wife Alice had a young daughter, Lorraine, from an earlier marriage.

Lorraine had a rare childhood terminal disease. My parents told me to be kind to her.  We visited my grandfather every weekend and during those visits, I learned to restrain my words and actions regardless of how I felt about Lorraine’s words or behavior.   After she died, my focus turned to other things and over time I forgot Lorraine.

Decades later I began to remember what I had forgotten about the living and dying.

How often did I consider whether I would like the last words directed at me to be exactly what I just said to another person?

How often did I view whether an angry retort was necessary, whether arguing an opinion mattered and whether skepticism, judgment and intolerance walled off the very things that are joyful?

Every tear, laugh, cry, sorrow, pain, joy, sadness, happiness we have experienced, every human being has experienced the same.  These connect us outside of time and space.

In early February 2011 my dad was hospitalized and then moved to a short term convalescent facility.  He later was moved to nursing and hospice care in another wing of the facility.

In mid-February, I was present when dad had a moment of lucidity.  He said he was experiencing his final passage and that he accepted this.  As he spoke, I experienced a complete letting go – all that was between us had gone.  There was no past burdening the present.

That moment some weight left me – there remained just the present moment.

My dad’s mind is no longer lucid; his physical form is diminishing.  I visit and sit by dad and in sorrow also marvel at what we humans and other life forms only have temporarily – life.

When dad struggles to sleep, I practice metta (loving-kindness) and tonglen meditations for him, my mom, my brother, their friends and all sentient beings.  When I do so I hold one of his hands and dad’s breathing becomes easier as I breathe easier.

At the beginning of March as I held one of Dad’s hands, his remaining eye shed tears.

On March 12 during a visit, my dad, mom and I watched two episodes of “I Love Lucy.”  I had suggested early on in my visits that they change the television channels from news and angry commentators and find comedies.   As it is, my dad can barely see out of one eye, cannot hear much and comprehends little. When I started laughing at Lucy’s shenanigans, Mom started laughing and then Dad started laughing seeing my laughter.  A part of Dad’s spirit shined.

This was the first time in about six weeks that I saw my dad’s face light up with smiles and laughter.

More recently and as my dad exhibits rapid loss of mind and “consciousness,” I smile and nod when he points to and tries to describe lights and signs that only he sees.  In one visit, he repeats every few minutes “technology should not be hidden” and “technology is not the answer.”  I do not try to dispute what he is saying.  I look at him in his one eye and smile.  Sometimes he notices and then smiles as if he is grateful that someone recognizes him.

Two weeks ago, Dad’s anger reemerged.  Anger can be a common element of advanced dementia.  However in his case, dad had always been angry and had become bitter, more resentful and joyless before his hospitalization. My mom talked to his nurses and they realized that one of the medications that he was given is linked with some patients with anger.  Dad was taken off the medication and his anger subsided.

During my visits, I wave, smile and say hello to other residents/patients and receive nods, smiles or waves from those who have such capacities.  They light up when they are recognized.

Dad was a combat pilot flying P-51 Mustangs during the civil war in China. He volunteered for crashes to rescue any surviving pilots or to gather their bodies. Dad was the sole survivor of over 80 pilots with whom he flew in squadrons.  I did not appreciate what he had gone through or his anger until the last decade. Dad was of a generation and a culture where feelings were not expressed.

This past weekend mom told me that Dad was speaking in Chinese to his father and mother, both of whom died decades ago.  Dad asked mom when his mother will return. Mom told him that she would rejoin him.  On hearing this I prayed and meditated this weekend for Dad to have a peaceful reunion with his parents.

For more than two months I’ve also listened to friends, acquaintances and strangers tell me their own experiences with the dying.  I’ve listened to wonderful stories of redemption, forgiveness and love and stories of loss and regrets.  This past weekend a friend left me a voice mail that he is presently learning to sit with his 75 year old dying father.

We squander time and space when caught up in afflictive, negative and deadly emotions such as anger and fear. They displace joy, forgiveness and love.

As I have been practicing walking the Buddhist eight-fold path, I’ve experienced continuing realizations that afflictive, negative and deadly emotions are false.  They do not have a life of their own, they are not inevitable, they are not caused by others or anything else, they are not permanent and ultimately they neither need to rule anyone or darken life.

I’ve learned that for all of us, there is an innate and existing capacity for kindness, forgiveness, compassion, acceptance, tolerance, patience and wisdom.  When our lives become expressions of these qualities, joy is right here.

So joy is a verb and it is a universal truth.  It shows through how we live.  And living includes sitting with the dying.

Our lives are imperfect practices – that of becoming human beings.

“Gate, gate, paragate, parasamgate, bodhi svaha!”  (“Gone gone, gone beyond, gone altogether beyond, O what an awakening, all hail!”)  This is the great mantra of the Heart Sutra (“Heart of the Perfection of Transcendent Wisdom”).

Previous articleBuilding Homes for Homeless: People in Wisconsin shows how to do it
Next articleSupport Animal Rights Groups trying to Stop Oregon Coyote Killing Contest This Weekend
Digital Media