What It Means to Live an Awakened Life : Oprah sits down with Jack Kornfield 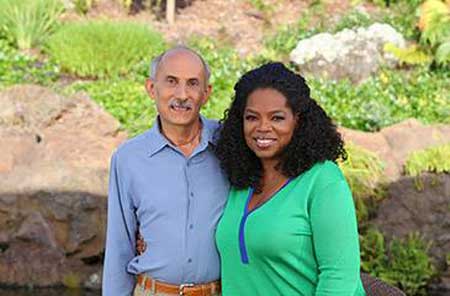 Jack Kornfield, one of the leading Buddhist teachers in America trained as a Buddhist monk in the monasteries of Thailand, India and Burma. He has taught meditation internationally since 1974 and is one of the key teachers to introduce Buddhist mindfulness practice to the West. He is considered one of the founding fathers of Buddhism in the United States. For 40 years, this former monk and best-selling author has devoted his life to teaching mindfulness and peace, two practices he breaks down with Oprah on this weekend’s episode of “Super Soul Sunday.”

At the foundation of Buddhist teachings, Kornfield explains, is the idea that everyone is born good and, even if they stray from this innate goodness, people can always choose to turn back toward what is good. How? Quite simply, he says. “Turn your heart towards what is good by cultivating forgiveness and compassion and mindful presence,” Kornfield says in the above video. “See the good in one another.”

This practice is something that former South African President Nelson Mandela touted. “[Mandela] said, ‘It never hurts to see the good in someone. They often act better because of it,'” Kornfield quotes.

Also in the video, Kornfield uses the example of a school teacher to illustrate this principle and how it can change the behavior of students.

Previous articleThe Way to the End of Suffering
Next articleScientists Discover One of the Greatest Contributing Factors to Happiness: You should try it today
Digital Media