Grace Howard qualified for the finals of this spring’s Miss World Canada pageant, but has since decided other things are more important.

The 20-year-old from Comox, B.C. works with special needs youth and teens. She quit the pageant in order to protect the time she spends caring for them as an education and behavioural intervention assistant.

“I want to keep my commitment to them,” she told the Comox Valley Record. “I couldn’t commit to both as much as I wanted.”

However, Howard will continue to raise money for Variety – The Children’s Charity, as part of the pageant program. The Miss World organization raises money for charities around the world.

Howard told The Huffington Post B.C. on Wednesday that she originally entered the pageant to inspire people. While she gained confidence and enjoyed the challenges in the lead-up to the contest, she says she realized she didn’t need a pageant to reach out to people in big ways.

“I don’t want my focus to be on winning,” she said in an interview, adding that she has faith in God that she can make an impact elsewhere. 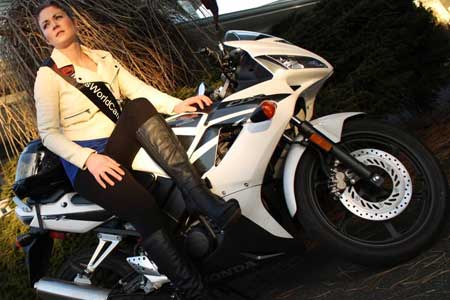 “I think of my nephew who passed away at seven months old a couple years ago from a serious disorder called Pfeiffer’s Syndrome. He would not have lived as long or been given the quality of life (even a $4,000 hearing aid!) that he had without incredible support from organizations like Variety – The Children’s Charity,” she wrote on her fundraising page.

“Through his life, I deeply appreciate organizations who go above and beyond to support families with children who have special needs.”

In her LinkedIn profile, Howard writes about her passion for being a caregiver:

A caregiver is someone who has a welcoming spirit, is genuine, and shows kindness and empathy for the person’s needs and feelings. He or she views each person as an individual with value, significance, and boundless potential. His or her mandate is to provide love, understanding, support, consistency, and the best response in care and applied skills and knowledge according to that individual. I am that person.

Miss World Canada will be held May 11 in Vancouver. Winners move on to the international Miss World pageant as well as various scholarships, prizes and leadership opportunities.

But we think Miss Howard is already a winner with her selfless life decisions.