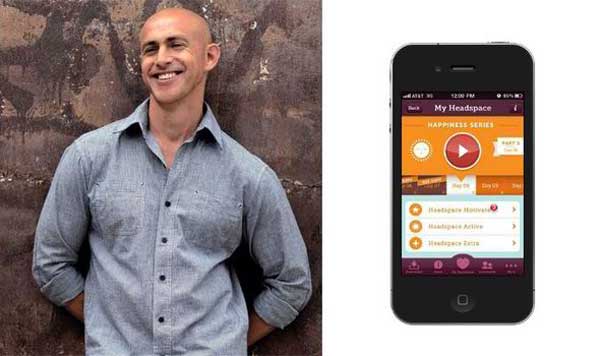 A BUDDHIST monk is now a multi-millionaire thanks to a mobile phone app – on meditation.

In a tale worthy of a Hollywood film, Andy Puddicombe moved from Bristol to the Burmese mountains where he spent a decade as a celibate monk.

After a failed attempt at converting the Russians to Buddhism, he trained with the circus but now has a plush office in Los Angeles where he provides spiritual guidance to the stars.

Mr Puddicombe quest for inner calm began aged 11 when his mum took him to his first relaxation class – which he mistakenly thought involved Kung Fu.

He moved to the foothills of the Himalayas following the deaths of three close friends after he “looked up the Dalai Lama’s address” as an alternative to hitting the bottle.

The 41-year-old spent more than a decade as a robed and celibate monk meditating for up to 18 hours a day.

But it wasn’t until he met burnt-out ad executive Rich Pierson that the pair hit it big with with app ‘Get Some Headspace’ offering thinkers a daily dose of zen.

The business – now with plush offices in London and LA – has been valued at around £25million, with the app downloaded by more than a million people in 150 countries.

Speaking from his home in LA, Mr Puddicombe said: “Thankfully, I didn’t actually knock on the Dalai Lama’s door, it was just a monastery nearby.

“I just ended up staying there and really getting a lot from it. It is a bit funny – I probably don’t step back enough and look at how different things are. 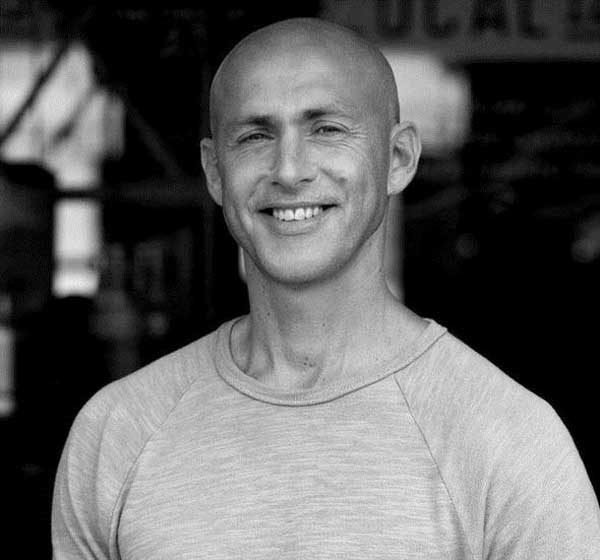 “I used to get up in the morning and close my eyes to meditate.”Now I get up and do something else – fly around the world or whatever. “But I guess when it comes down to it I’m still teaching meditation – just in a different way.”

Andy moved from Bristol to Burma – now called Myanmar – aged 22, after working for three months as a waiter to pay for his one-way flight.

After years of living in the foothills of the Himalayas he was sent to Moscow to teach his trade to the Russians, where ex-pats planted the idea of marketing meditation to the masses.

Mr Puddicombe said: “They said this stuff would be brilliant in the work place, but it is pretty hard for a bald headed guy in a skirt to walk into an oil company in Russia and start talking about meditation.”

He decided to move back to the UK in 2006 to realise his dream, but had to find a job to tide him over after giving up every single possession – except his passport – when he became a monk.

He enrolled on a circus degree at the University of Kent and worked on his meditation business in the evenings.

But his method of “mindfulness” – resting the mind in its natural state of awareness – was soon medically recognised and he launched his free app two years ago.

It has helped everyone from cabinet ministers and Premiership footballers to Olympic athletes cope with their daily toil.

Celebrity fans include Gwyneth Paltrow, Emma Watson and Davina McCall, and the app is set to be expanded and translated into more languages in the coming months.

Married Andy – who is expecting his first child in July – insists he is not cash-rich yet, but reckons his impending wealth would not affect him.

“If I can have my surfboard and my juggling balls, I’m pretty happy,” he added.

Source – By: Benjamin Russell to express.co.uk