More than 1,000 people have been killed after a major earthquake hit Nepal 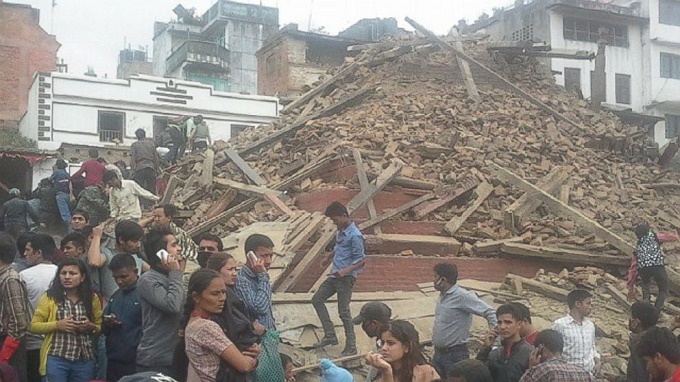 More than 1,000 people have been killed after a major earthquake hit Nepal, in the capital, Kathmandu. There were reports of devastation in outlying, isolated mountainous areas after the midday quake of magnitude 7.8,

Nepal’s worst in 81 years, centered 50 miles (80km) east of the second city, Pokhara. The earthquake destroyed many historical landmarks, including the UNESCO World Heritage temples at Basantapur Durbar Square and the Dharara tower, both in central Kathmandu.

Further Maitherre Nahimi has been reported to “Newsfirst.lk” that there is no harm for the birth place of lord Buddha Lumbini.

We express our deepest sympathy and condolences to the people of Nepal.