Nature of external objects in relation to one’s perception 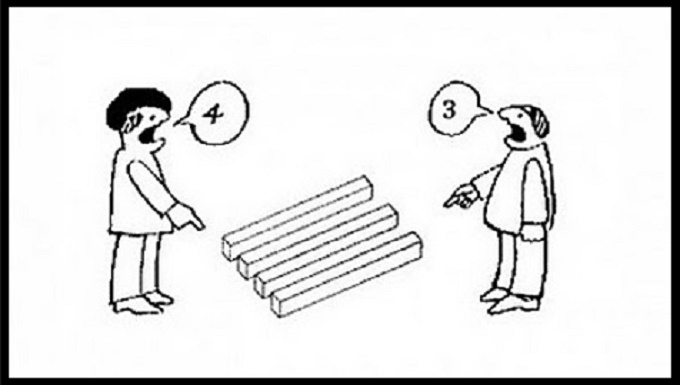 Whatever sense objects we see around are simply decided by our virtual view, and this view is nothing but the aggregate of thoughts. So, what is thought then? They are just the product of interdependent arising, which doesn’t have true identity in itself. When I dislike an object or a person, it is simply because it sounds displeasing to my senses. But does it give the same sense to all? The same object or a person or an animal may be the most liked one by others just because he/she finds it pleasing. So our thoughts are the outcome of interaction between environment and sense organs/receptors which is then interpreted in the form of feelings and emotions, and that too is subject to change. When one sees his or her enemy, the first reaction of mind will be hatred, which is within us but an enemy today might become the best friend tomorrow and vice versa, or in a similar way, the luxury today becomes discomfort tomorrow, though the object used is same. Therefore, we often fail to see the real object in itself which is not touched by our discriminating mind as an object of pleasure or displeasure. So the external features also depend upon our likes and dislikes, thus giving different pictures at the mental level. In the process, we tend to forget to comprehend the true nature of that particular object.

This perverted view is also the reason behind dissatisfaction and suffering due to craving for newer or better one, which is ultimately created by our mind. Thus the waste of one man becomes food for another in many societies of economic hierarchy. This is the reason that all the people do not have same type of living conditions or have same type of cars, and these variations in every human comfort and taste is met by manufacturing companies by producing goods of individual’s choices and preferences.

When a child looks at a sword without manipulated mind, he shall see just an object. For him, the sword bears neither the properties of benefit or destruction as its inherent quality. A man with his positive attitude sees the same object as a machine to ease his work of chopping wood or clearing bushes on his path or to save someone, such as a strangled cow on a slope with her own tethering rope. Meanwhile, a murderer sees the same object with property of his benefit for harming his enemies or some innocent beings. Though the object at its inherent level is a mere metal piece without itself being an object of any properties, yet it develops qualities as per the viewer’s choice and discretion. Thus, all these functional difference of that object are created by individual’s attitude towards environment. However, at the relative level whatever properties we see on it are the virtual properties, which are subject to change with the physical manipulation of that object.

The bitter truth of mind manipulation for any external object is that its effects are first onto oneself and then the others. If one says that he don’t like this car or that house, it is the discrimination occurring at one’s own mind without any change and impact onto that object. When we keep likes and dislikes upon external features, the habitual pattern tend to worsen our mind, thus increasing the craving for objects that one likes or destruction of the disliked objects physically, worsening up to fighting and wars with hopes of being able to destroy ones enemy. We then tend to look around for newer ones, which too would turn into the object of dislike within short period of time. All these mental game have been the chronic illnesses for our planet, leading to furious discussions and physical abuse, ultimately putting the society or environment into instability and destruction. This is because of the fact that no two persons or a group of people are like minded where each one wants to be influential by considering their own choice the right one. Amongst many of the human impacts, this kind of impact has grown over decades, with hatred and war everywhere, even to the extent that in some parts of the world there are incidences of frequent bombing and destructions. This discrimination and sectarian violence is not going to calm down because of the fact that there is further acceleration of ego and hatred, unless all come under one solution, which is otherwise a tedious task. This is the evidence of degenerative phase of time, or the factors involved in rapid ageing of our planet due to incurable illnesses. Political wars as seen in this modern world is like AIDS in man, which weakens the person over time due to increasing severity of infection, leading to untimely death. Likewise, the Earth has started losing immunities with incurable diseases. It is mostly the political wars that affect the regions’ stability in most parts of the world- this politics is a severe disease, continuing at an increasing rate often ensnared by the mental poisons.

Previous articleWhy is the child in hands of the beggar always sleeping?
Next articleFour Types of Meditation suitable to the Majority
Digital Media