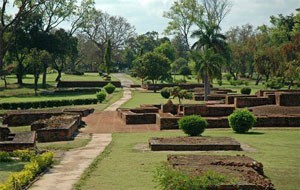 In an innovative move to present Nepal as Gautam Buddha’s birthplace, Nepal’s apex bank has brought a 100-rupee Nepali note with a dictum, “Lumbini: The Birth Place of Lord Buddha.”

Nepal Rastra Bank (NRB) said the new note has already been circulated in the market. An official at the bank however said the note will be easily accessible only during the Dashain, Nepal’s major fiesta that is just a month away.

NRB spokesperson Bhaskar Mani Gyanwali said the new note has a picture of Ashoka Pillar, along with the attested message that Buddha was born in Lumbini in its front side.

For the first time, the note also has a black dot in the front side, which will help visibly disadvantaged to recognize the note. The note similarly displays the portrait of Mayadevi, Buddha’s mother in silver metallic in its frontward.

The new note also will bear the name of the central bank in Latin script, and the date of printing in both Christian Era and Nepali Calendar, Bikram Sambat.

The new note has been brought into the use following the Cabinet decision on August 27 this year. 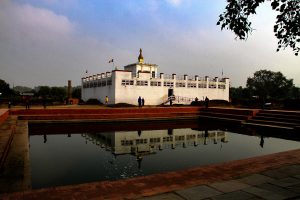 “Lumbini has been enlisted as World Heritage site and the NRB thought the holy place needs to be published through currency as well,” Gyanwali told Xinhua.

“The move also aims at ensuring that the country’s banknotes would be recognized outside the country too,” said Gyanwali.

Sources at the NRB claimed that Lumbini was a site for ” national dignity”, and the new 100-rupee note will have positive impact upon all stakeholders. A NRB source denying to be quoted said the Nepal’s central bank was also preparing to attest similar message in other notes as well from the next year.

“As the 100-rupee note is the mostly used one, the message has been attested in this note for the first time, which will be placed in other notes gradually,” the source told Xinhua.

He also claimed that the note will make the Nepal-visiting foreigners aware about the Lumbini as the Birthplace of Buddha and encourage them to visit the site.

Previous articleCelebrity Buddhists
Next articleBuddha was born in Nepal, Not in India
Digital Media