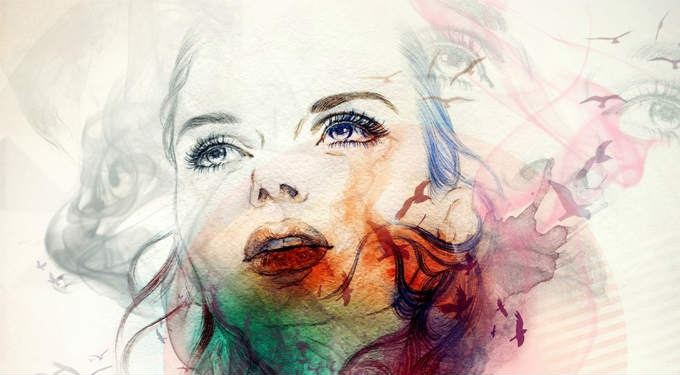 People who have anxiety are often misunderstood simply for the fact that they overthink literally everything which makes them die with stress because of how much they feel deep within themselves.

In fact, those who are diagnosed with anxiety have a much broader understanding of the world around them, knowing all too well of pain and suffering on an extreme level such as theirs.

They cannot shut off the way the feel, which makes them some of the most extreme empaths that you will ever meet in the world.

A study that was conducted at SUNY Downstate Medical Center located in New York, was able to demonstrate that those who suffer from having extreme anxiety actually tested much higher on their IQ tests that the others who did not have as much anxiety. The research that was collected was based on the tests that were designed to measure people’s verbal intelligence.

Dr. Jeremy Coplan stated this in concern of the study:

“While excessive worry is generally seen as a negative trait and high intelligence as a positive one, worry may cause our species to avoid dangerous situations, regardless of how remote a possibility they may be.”

Another amazing study that was published in the European Journal of Psychology was able to show participants that reported suffering from anxiety are destined to be much quicker in detecting danger as well as being a lot quicker in being able to respond to those particular threats compared to the other participants. Stated in the study:

“Social defense theory (Ein-Dor et al., 2010) proposes that in threatening situations, people who score high on attachment anxiety quickly detect the presence of threat and then alert other group members to the danger and the need for protection. Supporting this line of reasoning, we found that participants high in attachment anxiety were less willing to be delayed on their way to deliver a warning message.”

To dissect this a little bit further, one of the possibilities from these kinds of results could mean that anxious people are altruistic. To go even further into this, being in the mindset of the animal kingdom, species that are able to detect/respond to threats the quickest are the most likely to survive in the wild.

There are even some species in particular that rely on having these kinds of anxiety-prone instincts in order to alert the rest of the herd when certain threats are taking place.

What this all boils down to is that perhaps anxiety was an evolutionary advantage back when we were all still in tribes with one another and needed someone to be constantly alert in order for the rest of the tribe to survive based solely on this one individual who so happened to have extreme anxiety.

Even though we are no longer in tribes and shouldn’t necessarily be called an “advantage” but these studies should give you some insight as to why this certain trait developed the way that it did.