A nice lesion by a flight steward to a discerning passenger

Others
By Staff Contributor
February 25, 2014 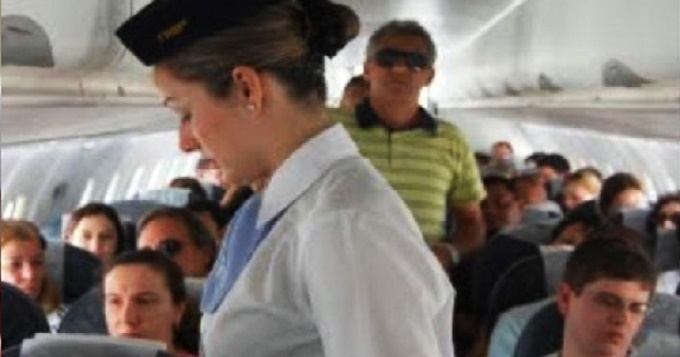 A50-something year old white woman arrived at her seat on a crowded flight and immediately didn’t want the seat. The seat was next to a black man.

Disgusted, the woman immediately summoned the flight attendant and demanded a new seat. The woman said “I cannot sit here next to this black man.

“The flight attendant said “Let me see if I can find another seat.” After checking, the flight attendant returned and stated “Ma’am, there are no more seats in economy, but I will check with the captain and see if there is something in first class.

About 10 minutes went by and the flight attendant returned and stated “The captain has confirmed that there are no more seats in economy, but there is one in first class. It is our company policy to never move a person from economy to first class, but being that it would be some sort of scandal to force a person to sit next to an UNPLEASANT person, the captain agreed to make the switch to first class.

“Before the woman could say anything, the attendant gestured to the black man and said, “Therefore sir, if you would so kindly retrieve your personal items, we would like to move you to the comfort of first class as the captain doesn’t want you to sit next to an unpleasant person.”

Passengers in the seats nearby began to applause while some gave a standing ovation….

SHARE THIS IF YOU SECOND THE ACT OF FLIGHT CREW AND ARE AGAINST RACISM!