One person has the power to save thousands of elephants: Support Leonardo DiCaprio 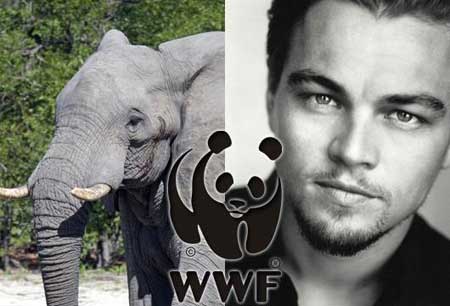 This is the second great news about Leonardo DiCaprio during the last two months. The news prior was on his generous million dollar contribution to save tigers in Nepal.

Online petitions over the years have evolved and possess a huge say in the modern world. There were numerous achievements simply by excreting pressure via online campaigns. The significance of online campaigns are that it can reach a huge readership/viewership as well as not actioning a petition could indeed bring bad repute to the respective responsible body. Therefore in the modern world, petitions are becoming one of the easiest methods to excerpt pressure on the respective organizations.

We did it! The Thai Prime minister just pledged to end the ivory trade after nearly 1.4 million of us Avaazers and WWF supporters joined Leonardo DiCaprio in this important campaign. A source in the Thai government said the announcement was a direct result of our campaigns. Thousands of us sent her emails and left so many comments on her Facebook Page that they temporarily shut her page down! Huge thanks to everyone who took part. Now we will need to keep up the pressure to make sure she follows her pledge up with real action, so this announcement can help stem the global poaching crisis.

Across Africa, elephants are being slaughtered by poachers in record numbers — and their tusks hacked off with chainsaws — to make luxury items, statues and trinkets in Asia. But in days, Thailand will host a key global summit on illegal trade in endangered species, giving us a rare chance to stop this futile massacre.

Thailand is the world’s largest unregulated ivory market and a top driver of the illegal trade.They’ve been in the hot seat for years, yet so far little has been done to clamp down on their role in the elephant attack. But Thai Prime Minister Yingluck Shinawatra has just announced that she is considering a full ivory ban. That’s why we started a global petition on the Avaaz site, to give this campaign the last push it needs to win.

This is the best chance we’ve had in years to have a meaningful victory for Africa’s elephants — we just need to put people power behind it. Join me now to stop the bloody ivory trade. Sign the urgent petition and share it with everyone.

Previous articleWhat meant to be yours will be yours!
Next articleWhat This Airline Did for Its Passengers Will Make You Tear Up – So Heartwarming
Digital Media