Ordinary Being and being ordinary 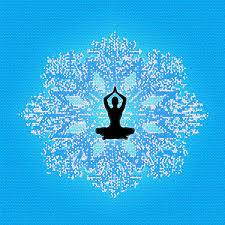 Lately, I’ve been perusing some Buddhist books I have already read. Most interesting are the ones I read before I really understood anything about Buddhism in terms of how it relates to life practice. Currently, I’m looking at a little book called The Four Noble Truths by the Dalai Lama.

I remember this being the first book that helped me understand the core practical tenets of Buddhism, in contrast to regional-cultural flavors of Buddhism or the theoretical-philosophical “World Religions 101” notion of what Buddhism is. It’s compact, but thorough and it was way above me the first time I read it.

Now I understand more, but how far have I really come? In his chapter “The Truth of Suffering”, His Holiness illuminates three “realms of suffering”. The closer to enlightenment one is, the more formless one becomes and one becomes an Arya being.

In his words, “Anyone who has gained direct intuitive realization of emptiness, or the ultimate nature of reality, is said to be an Arya according to Mahayana and anyone who had not gained that realization is called an ordinary being.”

Ordinary, huh? I guess so. In spite my reading and my earnest attempt to apply a Buddhist mindset to my daily life I can’t say that I have ever had “direct intuitive realization of emptiness.” I get it at an intellectual level. I can see the logic of it, so to speak, but I haven’t truly experienced it.

And that makes me ordinary.

At first I was taken aback by the term. It seemed pejorative to me. Now that I’ve thought about it though. It seems kind of cozy. To be ordinary implies that a person has many people around them who are thinking about and going through the same thing. There is a solidarity in “ordinary” that peels away as a person achieves Arya.

I’ve suddenly got this image of all of us ordinary beings kind of scrabbling around, doing the work, having the vision. Then every so often one of us pops up like the bubbles in boiling water and poof. At that level, it’s not really relevant whether you are the water or the resulting steam.

Previous articleWho is the bull ?
Next articleWar: What Is It Good For?
Digital Media