Why do people tell lies? : Essay by a primary student 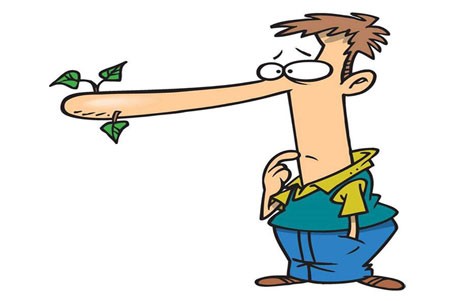 One reason is fear. A servant breaks something. He is afraid his master will punish him. So he tells a lie. He says another servant did it.It often takes courage to tell the truth. A liar is a coward. He hides behind a lie. But all lying is not due to fear. People often tell lies from greed, to get money. A shop-keeper lies about his goods. He says they are the best. There may be a second-rate. but he gets more money for them by lying.

Some people of low birth pretend to be noble and rich. They tell lies to get into good society. lying is a very bad habbit. It may pay for a time. But in the end it brings shame and much sorrow. No one trusts a known liar. No one wants him as a friend. Telling truth pays the best.

Previous articleThe Blind Kitten and His First Toys
Next articleBlind Man Drops $20, Woman Puts It in Her Purse; WATCH What Happens Next
Digital Media