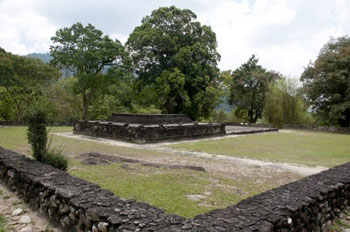 Numerous reports of destroying invaluable archeological structures have become common news today. This is not merely due to the ignorance of the destroyers but also due to the disrespect they have towards other cultures and religions.    The latest comes from Prehistoric ruins at an archaeological site in Bujang Valley some 1,200 years old were secretly demolished by a land developer, a Penang lawmaker said yesterday, even as Malaysia seeks to list the historical spot as a Unesco world heritage site. 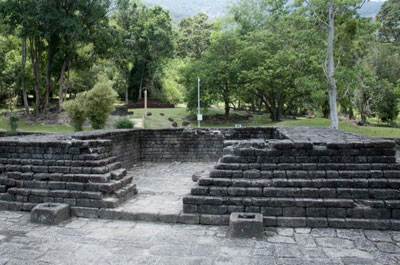 Lembah Bujang is the richest archaeological site in Malaysia

Confirming the matter with The Malay Mail Online, Penang Deputy Chief Minister II Prof Dr P. Ramasamy said he was shocked to discover the ruins of candi (tomb temple) site number 11 dug up from its spot near Sungai Batu and cast aside in a pile of debris. The candi was located at Sungai Batu and it was demolished by the developer, who is clearing the land for development, more than a month back,” he told The Malay Mail Online after he visited the site yesterday.

According to the Penang lawmaker, he received reports of the demolition last week and decided to visit the site to verify if they were true. “This particular candi is hidden from sight behind an old oil palm estate so the developer probably demolished it first before clearing the oil palm trees,” he said.

Lembah Bujang, in the Merbok district of Kedah, is well-known as the richest archaeological site in Malaysia, with more than 50 ancient candi at the site.

The ruins of these candi and other archaeological discoveries unearthed in this area date back more than 2,000 years. The destroyed example, candi number 11, is believed to have been built between the 11th and 13th century, according to research by historian Dr Mohd Supian Sabtu.

Ramasamy also said the Lembah Bujang Archaeological Museum officials he spoke to appeared to have their “hands are tied” as they had no authority to stop the developer. “Only Badan Warisan can do something and the Kedah state government should also do something as we are talking about an important historical site that should be preserved and protected,” he said.

Pointing out that Badan Warisan Malaysia was planning to apply to Unesco for Bujang Valley to be listed as a heritage site, Ramasamy said it only made sense that it should be doing everything to protect the site instead of ignoring this.

“In Penang, we do everything in our power to protect our heritage sites because George Town is a Unesco world heritage site, so how could the Kedah state government allow this to happen to the oldest archaeological site in the country?” he asked. Bujang Valley is home to the oldest man-made structure recorded in Southeast Asia — a clay brick monument nearly two millennia old.

Excavations on the site have also uncovered jetty remains, iron smelting sites and relics with Hindu and Buddhist influences that point towards a Hindu-Buddhist kingdom that traces as far back as 110 CE.

The site has been at the centre of research by various historians, archaeologists and university students in the past two decades. Therefore Lets urge and support people of Penang & the people of Malaysia to protect the remaining of this important archeological site.