The problem of the others…

There was once a well-known scholar, who lived in a mountain in the Himalayas. Tired of living with men, he had chosen a simple life and spent most of his time meditating. 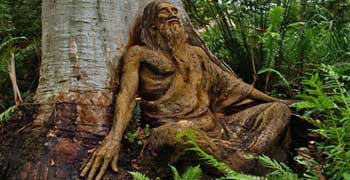 His fame, however, was so great that people were willing to walk narrow paths, climb steep hills, swim rivers – to meet the holy man who was believed to be able to resolve any trouble of the human heart.

The wise man, as he was full of compassion, gave some advice here and there, but kept trying to get rid of unwanted visitors. Still, they appeared in larger groups, and once a day a crowd knocked on his door, saying that great stories about him were published in their local newspaper and that everyone was sure he knew how to overcome the difficulties of their lives.

The wise man said nothing but asked them to sit and wait. Three days passed, and more people arrived. When there was no room for anyone else, he addressed the people who were outside his door.

“Today I will give the answer that everyone wants. But you must promise that, to have your problems solved, you will not tell the new pilgrims that I moved here – so that you can continue to live in the solitude you so much crave. Men and women have made a sacred oath that if the wise fulfilled their promises, they would not let any more pilgrims climb the mountain.”.

“Tell me your problems,” said the sage.

Someone began to speak, but was soon interrupted by others, as everyone knew that this was the last public hearing that the holy man was giving, and they feared that he wouldn’t have the time to listen to all of them. Minutes later, confusion was created, many voices were shouting at the same time, people were crying, men and women were tearing their hair out in despair because it was impossible to hear.

The wise man let the situation be prolonged a little, until he cried, “Silence!”
The crowd fell silent immediately.

“Write your problems down and put the papers in front of me,” he said.

When everyone finished, the wise man mixed all the papers in a basket, then said, “Keep this basket moving amongst you. Each of you will take a paper, and read it. You will then choose whether to keep your problems, or take the one given to you.”

Each person took a sheet of paper, read it, and was horrified. They concluded that what they had written, however bad it was, was not as serious as what ailed his neighbor. Two hours later, they exchanged papers amongst themselves, and each one had to put their personal problems back into his or her pocket, relieved that their distress was not as hard as they once thought.

Grateful for the lesson, they went down the mountain with the certainty that they were happier than all the others, and – fulfilling the promise made – never let anyone disturb the peace of the holy man.