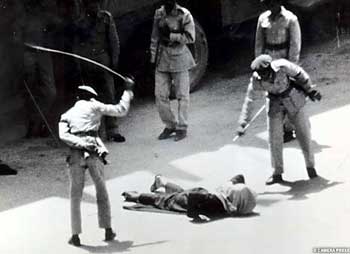 We bring you this shocking story emerging from Saudi Arabia to reiterate the fact that, irrespective of the development the world boasts about, there are still various parts of the world that doe’s not treat women as equal as men. In fact in some parts such as Arab and Africa women are treated boorishly, yet left with no option but to tolerate same in these male dominated cultures. Buddhism is by far the value system that encourages equal treatment to women. Read this story and understand how lucky you were to be born in a place where there is no such evil suffering.

When the defense attorney for a raped Saudi Arabian woman appealed a Sharia Court decision that the 90-lash sentence against his client was unjust, all that was succeeded was the more than doubling of the punishment meted out to the woman who was raped and beaten by seven men, as reported by the women’s rights-centered news portal The Clarion Project on Sept. 22, 2013.

A yet to be publiclly identified female gang rape victim was initially found guilty and sentenced to 90 lashes for violating the Kingdom of Saudi Arabia’s (KSA) rigid Islamic law on segregation of the sexes. The Kingdom’s General Court determined the woman sat in an automobile with an old school chum to whom she was no blood relation, hence, she violated Islamic Sharia Law of gender segregation. 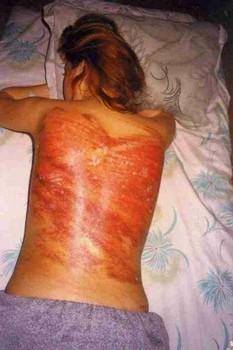 The victim’s lawyer Abdul Rahman al-Lahem had plead to the international community for help in freeing his client or at least pressuring the Saudi government to grant an appeal.

From Bad to Worse…

And an appeal he got — along with an increase in sentence from 90 lashes to 200 along with a six month prison sentence tacked on for good measure. The KSA Ministry of Justice implied the victim’s sentence was increased because her lawyer had spoken out to the world’s news outlets.

As carried by the government’s official Saudi Press Agency: For whoever has an objection on verdicts issued, the system allows to appeal without resorting to the media. The statement also said that the “charges were proven” against the woman for having been in a car with a strange male, and repeated criticism of her lawyer for talking “defiantly” about the judicial system, saying “it has shown ignorance.”

The victim was attacked in 2006 while she was attempting to retrieve a photograph from a male high school student she knew. While in her acquaintance’s vehicle, two other men got in the car and drove the woman and her friend to a secluded area where five other men met them. It was in this remote area where all seven men raped the woman.

The Clarion Project also cited that the woman’s friend was in turn “attacked” by the assailants, but it is unclear if he was beaten, raped or both.

The Price of Questioning Saudi Law…

Abdul Rahman al-Lahem has since banned him from further defending the woman, the KSA has confiscated his law license and summoning him to a disciplinary hearing later this month.

Previous articleWHY WOMEN ARE BETTER COPS !
Next articleThe 6 Most Evil Dishes From Around The World
Digital Media