Remember The Psychopath Child Who Wanted To Murder Her Family? THIS Is What Became Of Her…

(Life Coach Code) The Thomas family knew something was wrong with their new adopted child when the seemingly sweet girl unexpectedly killed a nest of innocent baby birds and also attacked her brother while he was asleep. When they spoke to her, however, the 6 year old girl smiled, apologized and said she understood that what she did was bad and it would stop. But things only got worse.

Soon Beth attacked her little brother so badly that the boy had to be sent to hospital and receive stitches. The little girl repeatedly smashed his face into the concrete floor.

The family immediately contacted the adoption agent about Beth’s past but due to confidentiality laws she explained she was not at liberty to disclose this info but recommended they see a special child psychologist.

Without even flinching an eye or conceding any emotional feeling whatsoever, when asked what she planned to do to with the knives she stole out of her family’s dish washer, little 6 year old Beth Thomas plainly states “Kill John and mommy with them, and daddy.”

This was part of a documentary series entitled Child of Rage disturbing behaviors cited are her torturing the dog and other animals, harming her brother, tearing her room apart and fondling her grandfather. It was later discovered that the little girl was the victim of extreme child violence and sex abuse, which led to what is termed reactive attachment disorder.

After a great deal of therapy though, Beth was able to recover and completely freed of her toxic thoughts and ways from before! 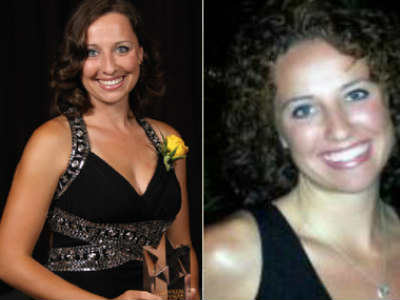 Isn’t it amazing how looking into her eyes now and back then tells you exactly what’s going on inside her? They really are windows to the soul!

Today Beth is a registered nurse who also helps children with similar conditions to hers from before.  This goes to show you the power of love, backed by hard work, is stronger than the power of hate!

No matter how gone the humanity appears to be in someone there is always a chance to bring it back into their hearts. This is a proof that with love, kindness and proper care you can save even a psychopath from their heartlessness.

The spirit of humanity is not something you are born with, but a way of living produced over generations of humans who chose love over hate; courage over fear; and it can be learned. Once it is learned and acted upon it will become a part of you.

Previous articleJim Carrey Mocks The Ego-Driven System Forcing Us To Believe We’re Not Enough – Video
Next articleThe Amazing Benefits of Sleeping Naked: You’ll Burn Your Pajamas Once You See This
Digital Media