THIS REUNION BETWEEN MAMA & BABY ELEPHANTS WILL WARM YOUR HEART! 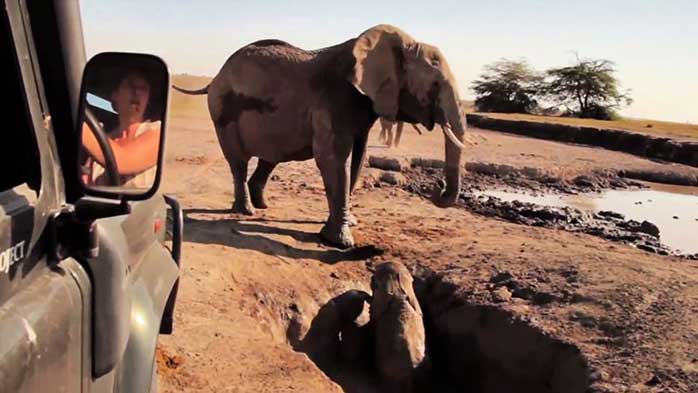 In a Kenyan national park near Mount Kilimanjaro, an elephant calf of about 8 months old fell into a man-made well with about a foot of water in it. Unfortunately, the elephant was too small to crawl out of it, leaving her and her mother in a frantic state.

Luckily, a team from the Amboseli Trust for Elephants, a non-profit organization that works to conserve Africa’s Elephants, stepped in to help. They managed to catch the encounter on video, so you’re now able to witness the touching series of events yourself.

The encounter began with a clearly very upset mother elephant who was devastated over her baby being trapped in a well. The Amboseli team ushered the elephant away from her child, using their vehicles to deter her a few yards away until she finally turned her back and retreated. With the mother safely out of the way, it would be easier to save the elephant.

Apparently, all they had to do was get the rope underneath the elephant and then use the SUV to pull her out. However, this was much easier said than done. They attempted to bring the calf to the shallower side of the well, presuming that it’d be easier to save her that way, but they didn’t have much success.

Fishlock clarified that the elephant wanted to be on the side closest to her mother, explaining, “the trouble is that her mother is calling from that side, and that was the way her mum went, so she knows that she’s over there”. The two men persisted in trying to maneuver the rope underneath the elephant, all while the calf continued to be in distress, letting out a heartbreaking cry. Fishlock waited in the car and watched their efforts until they finally signaled that she could reverse. She reversed the SUV, trying to pull the elephant baby out, but failed on the first attempt. 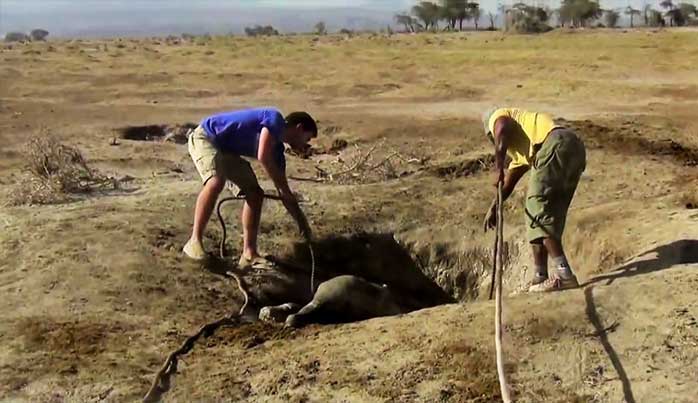 She approached the calf again in the car, watching as the two men attempted to get the rope in the right position again, which was not an easy feat. Fishlock explained, “what they’re trying to do is get the rope under the tail as best. The trouble is the water’s so deep in the bottom that it floats on the surface and we can’t get the rope low enough.”

But they finally found the right position, and Fishlock reversed the car again; this time, their attempt was successful. The elephant calf was pulled out of the well, as the two men held tightly onto to the ropes. Right after she was out, she rushed off to find her mother, and the team got back in their cars to help herd her in the right direction. 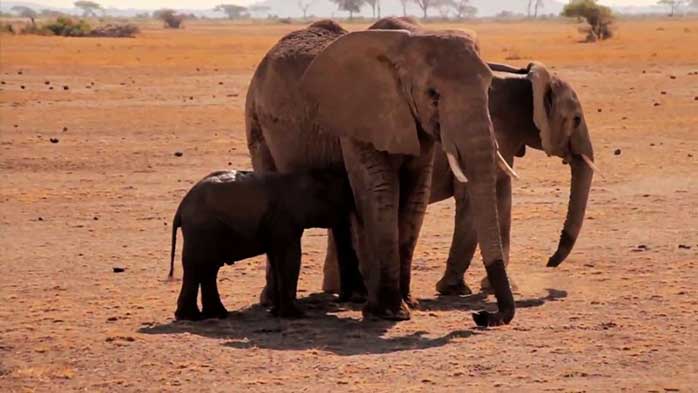 The reunion of the elephant mother and her baby was absolutely beautiful. The calf took off at a run in the direction of her mother, who was also running from the opposite direction towered her child. It was absolutely heartwarming. What team from the Amboseli Trust for Elephants did was simply amazing. They didn’t give up when trying to save the calf, despite the many difficulties.

Even though they had to run the mother away from the baby in the beginning, they believe that she understood that they were only trying to help. Fishlock stated, “After the video we cut the engines. She didn’t charge us, she didn’t run away. Eventually after five minutes they just walked out. I think she did understand…I certainly felt like she had forgiven us for our very impolite behavior.”

Previous articleThese fifteen symptoms of HIV will shock you.
Next articleThis Puppy Is Trying SO Hard To See The New Baby
Digital Media