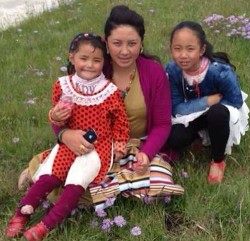 Condemning the recent arrests of Tibetans in Driru, International press freedom advocate Reporters Without Borders said the Chinese authorities have persecuted the Tibetan news provider in the pretext that they carried out “political activities aimed to destroying social stability and dividing the Chinese homeland.”

“Every arrest of a Tibetan who tried to inform his peers and the outside world about the dramatic situation in Tibet plunges the region further into isolation,” Reporters Without Borders said.

RWB called on China to put an end to arbitrary arrests and release the detainees without delay. It further urged the international community to condemn the detention.

“Instead of trying to turn Tibet into an information black hole, the Chinese authorities must put an immediate stop to these arbitrary arrests and release those detained without delay.”

“There can be no justification for remaining silent in the face of these flagrant violations of freedom of information, not even the ‘respect for sovereignty’ that the Chinese government repeatedly cites in response to criticism of its repressive and discriminatory policies towards Tibetans.”

Reporters Without Borders also noted that the situation of news and information providers is worrying throughout China but particularly in Tibet, where any criticism of the Chinese authorities is severely punished.

Situation in Driru remains tense following Tibetan defiance against the Chinese authorities who ordered them to raise the Chinese national flag atop their houses days before China’s national day on October 1. Around 18,000 Chinese government officials and security forces had arrived in Driru from Nagchu County and other areas in the Tibet Autonomous Region.

Previous articleInterpreting for His Holiness the Dalai Lama : Interpreter Opens Up About Working With His Holiness
Next articleBuddhism in a nutshell – (Part 1)
Digital Media