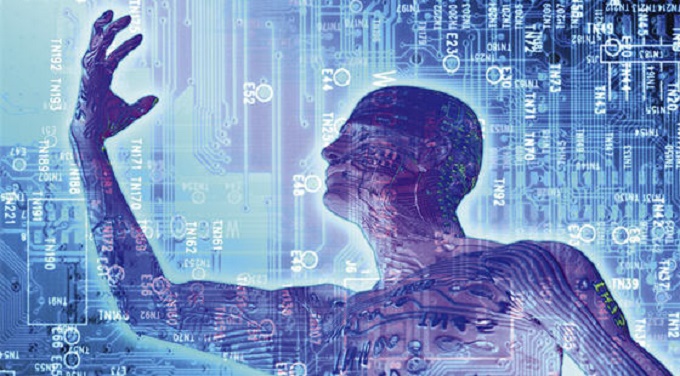 This is the speech of Bal Bhandari spoke during SAARC Literary Festival at Agra, India in January 2015.

When a child looks at a sword without manipulated mind, he shall see just an object. For him, that sword bears neither the properties of benefit or destruction as its inherent quality. A man with his positive attitude sees same object as a machine to ease his work of chopping wood or clearing bushes on his path or to save someone, such as a strangled cow on a slope with her own tethering rope. Meanwhile, a murderer sees that same object with properties of his benefit for harming his enemies or some innocent beings.

Though inherently it is a mere metal piece without any separate appearance, yet it develops qualities as per viewer’s choice and discretion. Thus, all these functional differences are created by individual’s views and attitude towards environment, towards oneself. Similarly, to be a responsible citizen, one need not hold noble post, nor an ideal place to serve, but with one’s positive attitude and behavior, one’s humbleness towards micro and macro-environment.

I am B. B. Bhandari, and I come from green gentle slope of mighty Himalayas, a beautiful country Bhutan. By profession I am Veterinarian and writing is my part-time passion. But besides all these, I spend most of my leisure time in exploring inner aspects of mind and understanding its potential through true realization of things around and within, often involving self debate. At the same time, being so indebted to my country and mother Earth at large, I commit to humbleness and compassion to all the living and non living components of existence, bearing self as my own witness. Further, I sincerely aim at imparting the wisdom of interdependence, that I am no different from any of the existing components on Earth, or universe, so that we learn to love each other, have respect for each other and equality, transcending race, species, or any other mind-made boundaries. For example, I cannot survive alone as a millionaire, as I need farmer to sustain me with food, or fuel workers to keep my car moving. Similarly, it is not possible to extract a cup of milk from green grasses; neither without grass the milk can be extracted.

I would like to present an abstract from my book ‘Earth- Neither start, nor the end of life, a blend of Science and Philosophies’. The topic here is ‘Discrimination and dominance a downfall of humanity’.

DISCRIMINATION AND DOMINANCE- A DOWNFALL OF HUMANITY

In the cycle of Eco-system, discrimination and dominance is an animal behavior, but these behaviors have become part of human culture too. At present it has become strongly engrained in societies, whereby the child born yesterday knows about whom to be regarded and whom not. Owing to our own ignorance we tend to forget that we all are the blessings on this Earth where every individual has the right to live a life of his own accord without fear of Earth asking anything in return, but we are our own obstacles, barriers in achieving peace and prosperity, in achieving freedom.

If we consider all the varieties of living forms at the level of primordial energy, the consciousness, there is no difference between man and any other living creatures, which are merely classified on the basis of physical appearance, thus no reason to live at the cost of others’ lives, other than through mutual benefit. This mental stigma due to lack of understanding of the oneness has been one of the reasons for disharmony amongst human and societies, leading to serious problems like world wars, which is ultimately the destruction of our own race; the race of one blood line and the mother planet as a whole and this is the cause of down fall into the sorrowful end.

As the purpose of a ruler is to safeguard his country and ensure happiness, the purpose of all human beings is to safeguard this mother planet and all living forms. Because, in the hierarchy of existence, we are the rulers and all other living forms are like citizens of the country whose happiness depends on that ruler. We are the only conscious beings to realize, analyze and actualize the pros and cons of every move that we undertake in the journey of our lives.

It is the responsibilities of every individual to feel the pain first on oneself before inflicting harm onto the other as every creature is found to fear death. If we consider our own feelings, we all would like to die a natural death, not inflicted by any kind of illnesses or injuries, which could be understood from others’ angle of perception too. Even the ant on his way has his own purpose of moving- to feed himself, to feed or get food for his siblings or to find a better home, which is no different from our own hopes and fears that we generate in mind before setting out for any purpose.

Not only the living forms but every component that exists as part of our Eco-system needs our genuine protection and care, which are our intimate friends and partners for survival by benefiting one another. Inevitably, even at the cost of others’ lives we survive at times when no alternatives are available, but not joyfully into our wants and demands. This constructive guilt if all of us adopted, shall reshape our world tomorrow into a better place for our future generations to live, a better culture for them to uphold and pass on.

So to understand others’ pain and pleasure, to protect and uphold others’ happiness and cause of their happiness are our responsibilities, if not also, we should understand, as someone rightly pointer out- ‘if you cannot do good to others, at least do not harm them’.

In short, it all means to respect the world and benefit oneself by benefiting others so that the Earth’s process of ageing is not enhanced by our presence apart from natural process, which shall in turn help our Earth to give us better livelihood for longer than expected period of time.

Previous articleThe groom kisses this woman in front of the bride. As she sees, she is weeping.
Next articleThe Finger and the Moon
Digital Media