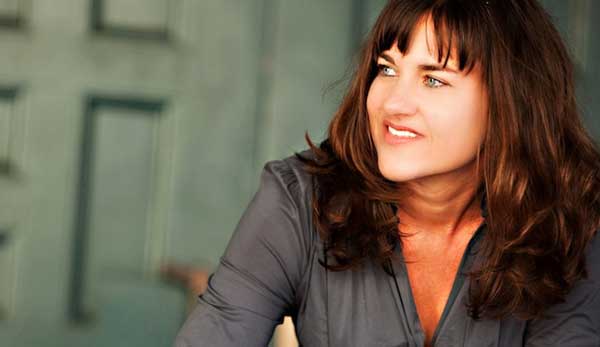 The medical establishment has been proving that the mind can heal the body for over 50 years. We call it “the placebo effect,” and we know that when patients in clinical trials get nothing but sugar pills, saline injections, or fake surgeries—but believe they might be getting the new wonder drug or miracle surgery—their bodies get better 18 to 80% of the time.

While many are aware of the seemingly mysterious placebo effect, fewer people know about its evil twin, “the nocebo effect.” When I was researching my book Mind Over Medicine: Scientific Proof That You Can Heal Yourself, I became convinced, without a shadow of a doubt, that a combination of positive belief and the nurturing care of the right healer can activate the body’s natural self-repair mechanisms and help the body heal itself.

But was the opposite also true? Do negative beliefs about our health or harsh care from insensitive doctors harm the body?

Turns out they can.

As reported in an article in The Lancet, researchers in San Diego examined the death records of almost 30,000 Chinese-Americans and compared them to over 400,000 randomly selected white people. What they found was that Chinese-Americans, but not whites, die significantly earlier than normal (by as much as five years) if they have a combination of disease and birth year which Chinese astrology and Chinese medicine consider ill-fated.

The researchers found that the more strongly the Chinese-Americans attached to traditional Chinese superstitions, the earlier they died. When they examined the data, they concluded that the reduction in life expectancy could not be explained by genetic factors, the lifestyle choices or behavior of the patients, the skill of the doctors, or any other variable.

Why Did The Chinese-Americans Die Younger?

It’s not just Chinese Americans whose fears about their health can result in negative health outcomes. One study showed that 79% of medical students report developing symptoms suggestive of the illnesses they are studying. Because they get paranoid and think they’ll get sick, their bodies comply by getting sick.

I know this from personal experience. I was a first-year medical student, studying the numerous ways the body can run amuck, burning the midnight oil memorizing the litany of pathological processes that can lead to thousands of different illnesses—everything from porphyria to Dengue fever to osteogenesis imperfecta to narcolepsy.

Then suddenly, my heart rate was 230 on my ICU rounds, and suddenly, what I had feared when I was reading my chapter about cardiac arrhythmias was actually happening to me. My attending physician hooked me up to an EKG, my fellow medical students diagnosed me with “supraventricular tachycardia,” and for years, I was plagued with heart palpitations.

And it wasn’t just me. The student health clinic didn’t seem the least bit surprised to see me and my fellow students, traipsing through just before finals with bizarre complaints and a slew of strange symptoms we had self-diagnosed. Not only had the doctors and nurses staffing these clinics heard similar complaints from years of experience caring for medical students. They also informed me that the syndrome had actually been given a name: “medstudentitis,” or more formally “medical student disease.”

You Can Think Yourself Sick

Whether you’re a Chinese-American, a medical student, someone like Angelina Jolie, who may have been “medically hexed” with a poor prognosis or a high risk of disease or death, or even if you’re just someone whose subconscious mind is filled with limiting beliefs from your childhood like “I’m the sickly type” or “My family gets cancer,” focusing your attention on illness has been scientifically proven to predispose the body to illness. Excessive knowledge about what can go wrong with the body can actually harm you. The more you focus on the infinite ways in which the body can break down, the more likely you are to experience physical symptoms.

These negative emotions trigger the amygdala in the limbic brain to send out a red alert that activates the “fight-or-flight” stress response. And as I describe in great detail in Mind Over Medicine, when the nervous system is in “fight-or-flight,” the body’s self-repair mechanisms don’t function properly and the body is predisposed to illness. All because you thought yourself sick.

How Long Do You Believe You’ll Live?

The good news is that by changing your thoughts, you can change your health! Becca Levy studied how our beliefs about longevity affect how long we live. What did she find? Spoiler alert: Those who lived longest were those who believed they would live the longest.

When I first met Dr. Bernie Siegel, author of Love, Medicine & Miracles and one of the faculty in the MD training program I founded, the Whole Health Medicine Institute, Bernie asked me how long I intended to live. I said “100 years,” and he said, “Good answer, because what you believe will come true.”

I’m not suggesting that positive belief is the only factor. Obviously, accidents happen, genetic risk factors influence our health, and bad things happen to good people with positive thoughts. But the studies show that, even in light of these things we can’t always prevent, what we believe, especially what we fear, has a tendency to manifest itself in reality because negative beliefs fill our bodies with harmful cortisol and epinephrine, while positive beliefs relax our nervous systems and allow our bodies to heal. (Read 10 Signs You Have WAY Too Much Cortisol. And if you don’t like what you read, read 10 Fun Ways To Reduce Your Cortisol Levels).

You Are The Gatekeeper Of Your Mind

You wouldn’t take a pill from a bottle with a skull and crossbones on it, but every time you think negative thoughts about your health, you’re potentially poisoning your body with stress hormones that deactivate your body’s natural self-repair mechanisms. You are the gatekeeper of your mind, and it’s your responsibility to protect what you think.

What thoughts do you choose to think about your body?