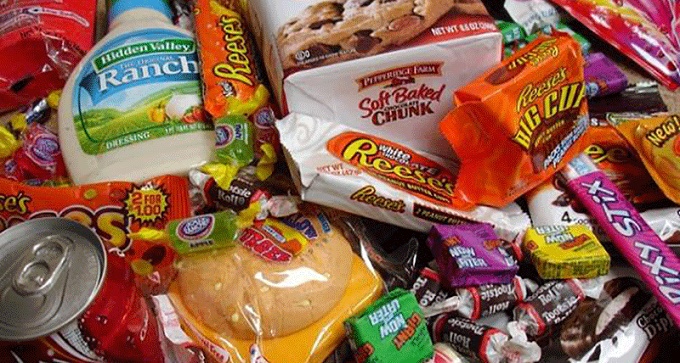 The modern diet of processed foods, takeaways and microwave meals could be to blame for a sharp increase in autoimmune diseases such as multiple sclerosis, including alopecia, asthma and eczema.

A team of scientists from Yale University in the U.S and the University of Erlangen-Nuremberg, in Germany, say junk food diets could be partly to blame.

‘This study is the first to indicate that excess refined and processed salt may be one of the environmental factors driving the increased incidence of autoimmune diseases,’ they said. 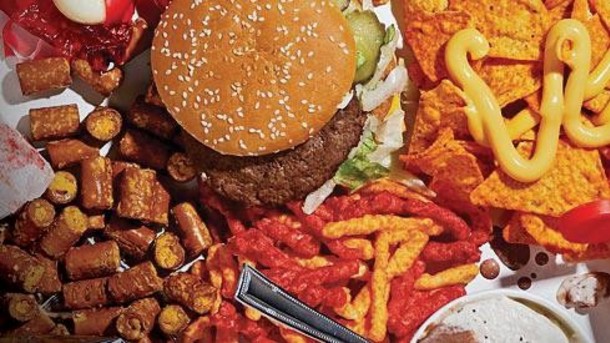 The Canadian Medical Association Journal sent out an international team of researchers to compare the salt content of 2,124 items from fast food establishments such as Burger King, Domino’s Pizza, Kentucky Fried Chicken, McDonald’s, Pizza Hut and Subway. They found that the average salt content varied between companies and between the same products sold in different countries.

U.S. fast foods are often more than twice as salt-laden as those of other countries. While government-led public health campaigns and legislation efforts have reduced refined salt levels in many countries, the U.S. government has been reluctant to press the issue. That’s left fast-food companies free to go salt crazy, says Norm Campbell, M.D., one of the study authors and a blood-pressure specialist at the University of Calgary.

Many low-fat foods rely on salt–and lots of it–for their flavor. One packet of KFC’s Marzetti Light Italian Dressing might only have 15 calories and 0.5 grams fat, but it also has 510 mg sodium–about 1.5 times as much as one Original Recipe chicken drumstick. (Feel like you’re having too much of a good thing? You probably are.

Bread is the No. 1 source of refined salt consumption in the American diet, according to the Centers for Disease Control and Prevention. Just one 6-inch Roasted Garlic loaf from Subway–just the bread, no meat, no cheeses, no nothing–has 1,260 mg sodium, about as much as 14 strips of bacon.

The team from Yale University studied the role of T helper cells in the body. These activate and ‘help’ other cells to fight dangerous pathogens such as bacteria or viruses and battle infections. Previous research suggests that a subset of these cells – known as Th17 cells – also play an important role in the development of autoimmune diseases.

In the latest study, scientists discovered that exposing these cells in a lab to a table salt solution made them act more ‘aggressively.’

They found that mice fed a diet high in refined salts saw a dramatic increase in the number of Th17 cells in their nervous systems that promoted inflammation.

They were also more likely to develop a severe form of a disease associated with multiple sclerosis in humans.

The scientists then conducted a closer examination of these effects at a molecular level.

Study co-author Ralf Linker, from the University of Erlangen-Nuremberg, said: ‘These findings are an important contribution to the understanding of multiple sclerosis and may offer new targets for a better treatment of the disease, for which at present there is no cure.’

It develops when the immune system mistakes the myelin that surrounds the nerve fibres in the brain and spinal cord for a foreign body.

It strips the myelin off the nerves fibres, which disrupts messages passed between the brain and body causing problems with speech, vision and balance.

Another of the study’s authors, Professor David Hafler, from Yale University, said that nature had clearly not intended for the immune system to attack its host body, so he expected that an external factor was playing a part.

‘Humans were genetically selected for conditions in sub-Saharan Africa, where there was no salt. It’s one of the reasons that having a particular gene may make African Americans much more sensitive to salt.

‘Today, Western diets all have high salt content and that has led to increase in hypertension and perhaps autoimmune disease as well.’

The team next plan to study the role that Th17 cells play in autoimmune conditions that affect the skin.

‘It would be interesting to find out if patients with psoriasis can alleviate their symptoms by reducing their salt intake,’ they said.

‘However, the development of autoimmune diseases is a very complex process which depends on many genetic and environmental factors.’

Refined, processed and bleached salts are the problem. Salt is critical to our health and is the most readily available nonmetallic mineral in the world. Our bodies are not designed to processed refined sodium chloride since it has no nutritional value. However, when a salt is filled with dozens of minerals such as in rose-coloured crystals of Himalayan rock salt or the grey texture of Celtic salt, our bodies benefit tremendously for their incorporation into our diet.

“These mineral salts are identical to the elements of which our bodies have been built and were originally found in the primal ocean from where life originated,” argues Dr Barbara Hendel, researcher and co-author of Water & Salt, The Essence of Life. “We have salty tears and salty perspiration. The chemical and mineral composition of our blood and body fluids are similar to sea water. From the beginning of life, as unborn babies, we are encased in a sack of salty fluid.”

Mineral salts, she says, are healthy because they give your body the variety of mineral ions needed to balance its functions, remain healthy and heal. These healing properties have long been recognised in central Europe. At Wieliczka in Poland, a hospital has been carved in a salt mountain. Asthmatics and patients with lung disease and allergies find that breathing air in the saline underground chambers helps improve symptoms in 90 per cent of cases.

Dr Hendel believes too few minerals, rather than too much salt, may be to blame for health problems. It’s a view that is echoed by other academics such as David McCarron, of Oregon Health Sciences University in the US.

He says salt has always been part of the human diet, but what has changed is the mineral content of our food. Instead of eating food high in minerals, such as nuts, fruit and vegetables, people are filling themselves up with “mineral empty” processed food and fizzy drinks.

April McCarthy is a community journalist playing an active role reporting and analyzing world events to advance our health and eco-friendly initiatives.

Original source of the article: preventdisease.com | Via: healthy-holistic-living.com
Prev Article Next Article