Sex, Jobs and $64K: the Impact of a Pack of Cigarettes 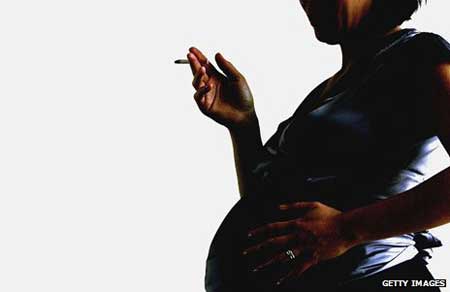 At the outset let us make it very clear that this is a news item that we took from yahoo.com. Just like the smoking propaganda is promoted, the anti smoking propaganda is looking at ways and means to take their message to the audience. In this case the authors had looked at dating and sex as a point of the subject. Read through to know what if entire US quit smoking?

Tucked inside every pack of cigarettes is the secret to a better sex life, increased job security and the chance to save $64,000.

Despite the constant drumbeat of dire consequences and stomach-turning ads, 43 million Americans still smoke. Of whom, 70 percent confess they would like to quit. Even if you’ve never smoked a day in your life, cigarettes and smokers have had an impact on more than just the obvious health-related issues.

So we pondered, “What If Everyone Quit Smoking?” in the United States.

First, a little history. For 50 years, the government has been telling America, “Stop Smoking.” In 1964, the first U.S. Surgeon General’s report showed a connection between smoking and illness, based on medical research and scientific findings.

Today, 13 percent of the U.S. population smokes. If they decided to stop smoking, it could trigger a chain reaction of consequences across the whole country.

According to the 2014 Surgeon General report, about 443,000 Americans die every year from smoking-related causes. Eliminate smoking and the country would preserve a population that roughly equals that of Atlanta. That means over time, our population would grow to include a larger segment of senior citizens because people would be living longer.

People living longer, increasing the U.S. population, and making the labor market a little more crowded. Ethical questions aside, a smoke-free America could threaten your job security because there would be more people competing for jobs.

And an increase in the senior population would mean more Americans would be relying on Social Security.

Dr. Howard Chernick, an economics professor at Hunter College in New York City, studies public policy and examined the financial effects smoking has on the U.S. population. He estimates there would be a 2.7 percent increase in Social Security spending, if the population were to increase, over a 20-year period. No smokers means more recipients of Social Security which means the government would have to come up with a way to offset the additional costs.

Concurrently, our annual spending on smoking-related healthcare would decrease. Given the same 20-year forecast, Chernick projects that healthcare savings would amount to roughly $450 per capita. That means every man, woman and child in a smoke-free United States would save a couple hundred bucks, over two decades.

Doesn’t sound like much? Keep a few things in mind. The number of smoking-related illnesses and deaths would gradually decrease, not come to a sudden stop. So the true savings would not be appreciated until some years down the road. Secondly, these projected savings are based on averages.

In 2013, Americans spent, on average, more than $8,000 in healthcare costs; younger Americans spent less than the average, while older citizens were forced to pay more for coverage. The Kaiser Family Foundation estimates there is a 3-to-1 ratio difference in premium spending between older and younger Americans. In other words, a 64-year-old American pays three times the premium of a 21-year-old.

Chernick also points out that most of the costs associated with smoking-related illnesses are covered by Medicaid. That explains why most Americans would not see a dramatic decrease in their private insurance premiums if everyone quit smoking.

From an economic perspective, the tobacco industry would stop generating about $100 billion in total annual revenue in the U.S. But because the three largest tobacco companies are international corporations, a U.S. smokeout would not mean the end of tobacco manufacturing in the country. Of the 4,500 tobacco manufacturing jobs, about 30 percent would be eliminated if Americans stopped purchasing cigarettes. The foreign hankering for American cigarettes would likely keep the industry burning strong.

Although, pulling the plug on the tobacco manufacturing machine would cut between 1 and 2 percent of state product for Virginia, Kentucky and South Carolina. According to the U.S. Department of Commerce, Virginia alone would lose more than $4.5 billion in state gross domestic product.

So we’ll live longer and have to fight a little harder to keep our jobs, but there’s a less obvious consequence of a smoke-free America: real estate value.

Ever watch “Million Dollar Listing: New York”? One of the show’s brokers, Ryan Serhant, is never at a loss for pithy insights on how sellers can maximize their returns on a listing. He told us smokers have a serious disadvantage when it comes to selling their homes because of what the Dana-Farber Cancer Institute calls “third-hand smoke.”

Carpets, walls and ventilation systems get saturated with tobacco residue as a result of smoke inside homes. Serhant points out that prospective buyers see this as a major maintenance issue and will therefore lowball any offer made for the property. And not just by a couple thousand bucks.

“The average homeowner, in the United States, is going to lose $64,000 off the price of their home,” Serhant explained.

So while a smoke-free America could increase our real estate values and make finding a job a little more difficult, how does a pack of cigarettes affect our bedroom activities?

Robin Koval is the president and CEO of The American Legacy Foundation, the non-profit borne from the master settlement agreement between the tobacco industry and states. Her organization helps create public awareness campaigns about smoking and its effects. And while she’s armed with statistics on illnesses and the amount of advertising dollars spent by the tobacco industry (more than $8 billion annually) she’s got her own theory on what might happen if the country decides to snuff out smoking, forever.

“You smoke, it gives you wrinkles, it makes your teeth yellow,” she said. “If we didn’t do any of that, you’d look better, go on more dates, you know what more dates leads to … more sex, more fun, happier people.”

Previous articleJapanese PM says to respect their tradition of Killing Dolphins: Is Dolphin Slaughter Really for Food?
Next articleIt’s not about half full or half empty!
Digital Media