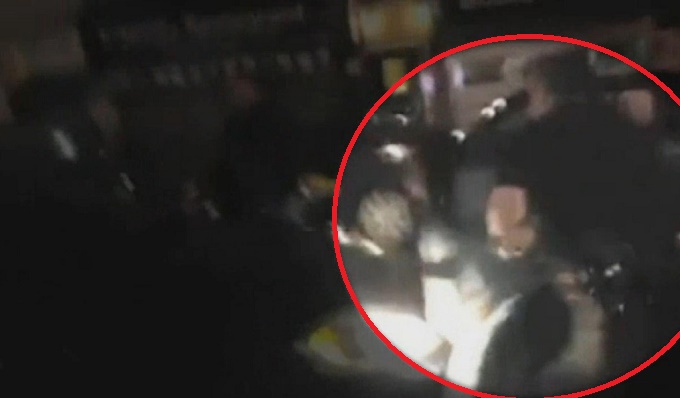 NYPD’s Internal Affairs Bureau is investigating an incident involving few of their officers caught on video appearing to slam a pregnant woman to the ground. Video first came to light on internet last Tuesday when it was posted to “El Grito De Sunset Park”’s Facebook fan page. In no time it exceeded more than 4000 shares and large criticism.

As per video, the pregnant woman, Sandra Amezquita, was interfering in her teenage son’s arrest for supposedly possessing a knife. The pregnant mother Amezquita got involved as she tried to intervene with the arrest.

This is when the police officer pushed her, making her fall hitting belly first to the ground. Video further revealed police shoving another woman who approach them at the incident location. Amezquita’s husband, Ronel Lemos was also involved in the scuffle with another man named Secundino Payamps. They too were charged obstructing police, harassment and assaulting a police officer.

The teenager, Jhohan Lemos, aged 17, has been charged for illegally possessing a deadly weapon, harassment and resisting arrest as per reports. People on social media and on various forums accused police of using excessive power which is becoming a habit since of late. Those who shared ad posted the video were disgusted and outraged how careless the police were in front of a pregnant woman.

Amezquita’s stomach is reportedly covered with black and blue bruises. It was reported she has experienced bleeding as a result of the fall. It was not so long ago that police fatally fired a black teenager unnecessarily who succumbed to gunshot injuries. Fortunately this time no one died but the shame on police department grows day by day with their excessive use of power to harass mostly the innocent.

Previous articleWhat India Can Teach the Rest of the World about Living Well?
Next articleHeartbreaking! She Gave Her Newborn Baby to the Hands of a Dying Man
Digital Media