Smoking in the Car With Children is Now Illegal in Oregon 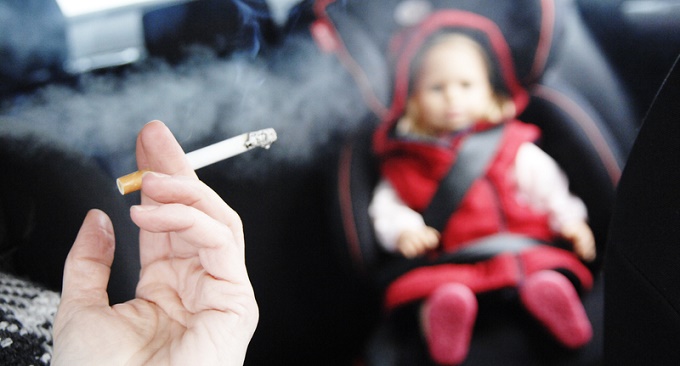 For some time, the dangers of smoking and the surprisingly worse second-hand effects have been realized. However, statistics have not yet stopped many respectable parents, friends, and family members from lighting up around small children.

The toxic effect is invisible in the present, therefore inhalation concerns are easily dismissed by some smokers. But to curb this negligence, a new law was recently passed in Oregon to protect children and young adults from the hormone disrupting, carcinogenic sticks in mobile vehicles.

Effective January 1, 2014, it is now illegal for anyone to smoke in a car with a child present. This is only in the state of Oregon. A measure that will inhibit this form of borderline child abuse, it may be the first of its kind of law to be passed this year.

If caught smoking with a child in the car, the violator faces a fine of $250 for a first offense and $500 for subsequent ones.

It is not legal for a cop to pull over a smoker with a child present in the car, however. A violation must first be cited, such as speeding, running a red light, or changing a lane without a proper notice.

While some lawmakers believe Oregon’s politics are going too far to police personal conduct, Rep. Jim Thompson, R-Dallas, said the state is right to protect children from second-hand smoke in such closed quarters.

As recounted by Christian Gatson from The Oregonian, Thompson compared smoking with little kids in the car to a parent who would “strap your kids in the back of a car and smoke them like bacon”.

If the health of the next generation is in mind, passing such a law is an intelligent act. Cigarettes contain over 4,000 different chemicals and cause more deaths than HIV, illegal drug use, alcohol use, motor vehicle injuries, and fire-arm related incidents combined. Not only that, risk of contracting cancers, Diabetes, high blood pressure, and other health diseases increase exponentially by the continuous act of lighting up.

Such a measure may help adults quit smoking, and in effect lengthen lives. This will also positively benefit the young individuals mirroring their behavior.

If one does seek to quit smoking carcinogenic cigarettes, detoxification through natural methods has been shown to benefit those with a fierce addiction. Begin by including more whole, unprocessed plant foods (especially green, leafy vegetables), reducing processed and refined foods, drinking plenty of water, and including exercise 3-5 days a week for 30 minutes. These acts will allow the body to release toxins stored in cellular tissue and aid one in kicking the habit.

Qualified practitioners and Naturopathic doctors may also be able to prescribe a personal detoxification plan to aid in the omittance of cigarettes.

All in all, this measure is one of many acts to likely be passed in the future with the health of all inhabitants in mind.

Sources: The Oregonian | CDC on Smoking
Via: Worldtruth.tv