Snap out of depression and negative thinking!!!

As described by Pete Taylor 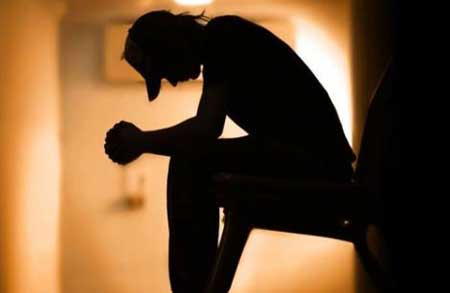 First of all depression itself is defined as a mental and emotional state characterized by repetitive negative thinking and negative feelings such as helplessness and anxiety. There can also be chemical aspects to it commonly defined as clinical depression whereby the chemical imbalance of the brain causes negative thoughts and feelings. Or… is it the negative thoughts and feelings which cause the chemical imbalance? Actually its both as recent scientific evidence has shown. Showing that’s its one and the same reaction which can be caused from either side. Its an interdependent relationship!

This however is easier said than done. Or is it? First of all before people diagnose themselves with depression they have to ask what is depressed? What part of me is depressed? Am I always depressed? And if they answer these questions unbiasedly, honestly and with a deep perception they will find that their very depression is nothing more than repetitive negative thinking. This becomes habitual. And like all bad habits it needs to be changed by being dropped and then replaced by cultivating positive thinking. Ask yourself the question, do my negative thoughts come and go? And the answer is yes. The minute you’ve thought of something the minute your thought has ended. Thoughts rise up and down like waves. However you then have to ask yourself the question, what witnesses these thoughts come and go? And is this affected? And the answer is you witness your thoughts come and go. They come and go, and afterwards are you affected? And the answer is no. you can think your affected. But that’s just more thinking and not you actually being affected.

What people with depression need to realise is that they entertain negative thinking. But as we’ve just discovered the true essence of their mental nature (pure self awareness) cant be affected. As soon as someone truly realizes this fact they realize that for however long all they’ve been doing is convincing themselves there in a worse state than they actually are. They then ask, if I don’t want to be depressed or think negatively, then why am I thinking im depressed and thinking negatively? Especially when the true essence of my mental nature is never affected by either positive or negative thoughts? And then at that moment something clicks. they don’t know why they think these things or entertain these thoughts. And at that very moment a little light bulb goes off in their head. They realize they can’t be touched by their own negativity and they drop the negative thoughts and feelings and get on with life like they’ve never been depressed in their life!

Trust me. Look deeply into yourself and find these realities and see if that isn’t true. Point it out to others and if they really attain and realize the truth about what’s just been said they snap out their negative thinking and get on with life like they’ve never been touched by it. Mainly for the pure fact they never have been touched by it. They just thought they have. But you can think something all you like. But that doesn’t necessarily make it so though does it?