Social attitude towards women at the time of the Buddha

We bring you a work by Ven. K. Sri Dhammananda Maha Thera on how women are treated in Buddhism. 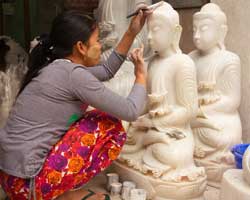 There were few messages by our community members requesting to write something on this matter. As we know some parts of the world women are treated very badly and that is setting a bad example in a world that transforms day by day towards more liberal and independent life where freedom become a key right. Various types of rights are being violated in many parts of the world both developed and developing. We believe there has to be a greater voice against these mistreatments to women. Lets first go through this series of articles and then we will look at how the current state and trends. We would love to initiate a discussion on this topic once this series unfolds. Don’t hesitate to comment what you have to say.

The social attitude towards women in pre-Buddhist days can be traced from the early Vedic literature, such as the Rigveda. There is evidence indicating the honor and respect which women received in their homes. In the realm of religion, too, they had access to the highest knowledge of the Absolute or Brahma. However, such a liberal attitude towards women changed with the course of time, under the influence and dominance of the priestly caste with their priestcrafts, animal sacrifices, and other ritualistic practices. New interpretations were given to the scriptures. Women came to be considered as greatly inferior to men – both physically and mentally. 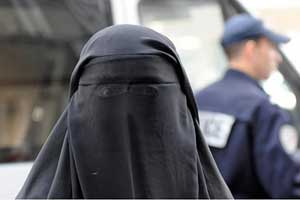 A woman was looked down upon as a mere possession or a thing. Her place was the home, under the complete whims and fancies of her husband. She not only had to perform all the domestic chores, but also had to bring up a large family. Some of the priestly caste Brahmins married and lived with their wives, yet regarded food cooked by women as impure and unfit to eat. A myth was built up – that all women were regarded as sinful and the only way to keep them out of mischief was to keep them endlessly occupied with the task of motherhood and domestic duties.

If a married woman had no children or failed to produce any male offspring, she might be superceded by a second or third wife or even turned out of the house; for there was the strong belief that there must be a male child for the continuance of family line and the performance of the ‘rites of the ancestors’. The traditional belief was that only a son could carry out such rituals, which were thought to be very necessary for bringing peace and security to the father and grandfather after their death.  Otherwise, they might return as ghosts to harass the family. Uncertain were the lives of married women. No less uncertainty awaited the unmarried ones. As marriage was considered a holy sacrament, a young girl who did not marry was badly criticized and despised by society. 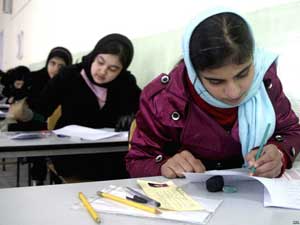 In the field of religious practices, the position once enjoyed by women was denied to them. A woman was believed unable to go to heaven through her own merits. She could not worship by herself, and it was believed that she could only reach heaven through unquestioning obedience to her husband, even if he happened to be a wicked person. The food left over by her husband was often the food for the woman.

According to what the Buddha taught about the Law of Karma, one is responsible for one’s own action and its consequence. The well-being of a father or grandfather does not depend upon the action of the son or grandson. They were responsible for their own actions. Such enlightened teachings helped to correct the views of many people and naturally reduced the anxiety of women who were unable to produce sons to perform the ‘rites of the ancestors’.

Previous articleWar: What Is It Good For?
Next articleWhere do women belong in Buddhism
Digital Media