The sources of Happiness 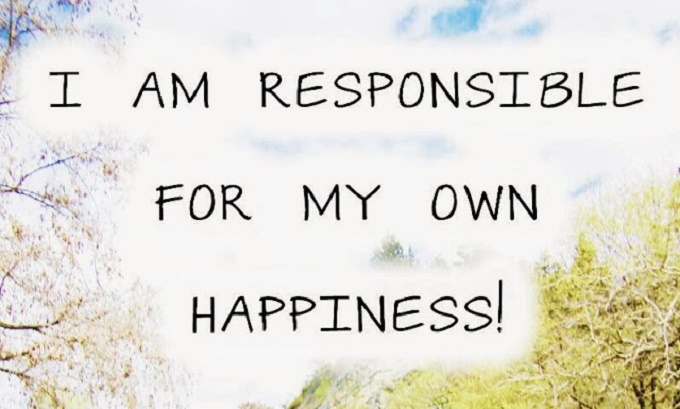 Two years ago, a friend of mine had an unexpected windfall. Eighteen months before that time, she had quit her job as a nurse to go to work for two friends who were starting a small health-care company.The company enjoyed meteoric  success,  and within the eighteen months they were bought out by a large conglomerate for a huge sum.

Having gotten in on the ground floor of the company, my friend emerged from the buyout dripping with stock options—enough to be able to retire at the age of thirty-two. I saw her not long ago and asked how she was enjoying her retirement.

“Well,” she said, “it’s great being able to travel and do the things that I’ve always wanted to do. But,” she added, “it’s strange; after I got over all the excitement of making all that money, things kinda returned to normal. I mean things are different—I bought a new house and stuff—but overall I don’t think I’m much happier than I was before.”

Just around the time that my friend was cashing in on her windfall profits, I had another friend of the same age who found out he was HIV positive. We spoke about how he was dealing with his HIV status. “Of course, I was devastated at first,” he said. “And it took me almost a year just to come to terms with the fact that I had the virus. But over the past year things have changed. I seem to get more out of each day than I ever did before, and on a moment-to moment basis, I feel happier than I ever have. I just seem to appreciate everyday things more, and I’m grateful that so far I haven’t developed any severe AIDS symptoms and I can really enjoy the things I have. And even though I’d rather not be HIV positive, I have to admit that in some ways it has transformed my life … in positive ways …”

“In what ways?” I asked. “Well, for instance, you know that I’ve always tended to be a confirmed materialist. But over the past year coming to terms with my mortality has opened up a whole new world. I’ve started exploring spirituality for the first time in my life, reading a lot of books on the subject and talking to people … discovering so many things that I’ve never even thought about before. It makes me excited about just getting up in the morning, about seeing what the day will bring.” Both these people illustrate the essential point that happiness is determined more by one’s state of mind than by external events. Success may result in atemporary feeling of elation, or tragedy may send us into a period of depression, but sooner or later our overall level of happiness tends to migrate back to a certain baseline.

Psychologists call this process adaptation, and we can see how this principle operates in our everyday life; a pay raise, a new car, or recognition from our peers may lift our mood for a while, but we soon return to our customary level of happiness. In the same way, an argument with a friend, a car in the repair shop, or a minor injury may put us in a foul mood, but within a matter of days our spirits rebound.

This tendency isn’t limited to trivial, everyday events but persists even under more extreme conditions of triumph or disaster. Researchers surveying Illinois state lottery winners and British pool winners, for instance, found that the initial high eventually wore off and the winners returned to their usual range of moment-to-moment happiness. And other studies have demonstrated that even those who are struck by catastrophic events such as cancer, blindness, or paralysis typically recover their normal or near-normal level of day-to-day happiness after an appropriate adjustment period. So, if we tend to return to our characteristic baseline level of happiness no matter what our external conditions are, what determines this baseline? And, more important, can it be modified, set at a higher level? Some researchers have recently argued that an individual’s characteristic level of happiness or well-being is genetically determined, at least to some degree. Studies such as one that found that identical twins (sharing the same genetic constitution) tend to have very similar levels of well-being—regardless of whether they were raised together or apart— have led these investigators to postulate a biological set point for happiness, wired into the brain at birth.

But even if genetic makeup plays a role in happiness—and the verdict is still out on how large that role is—there is general agreement among psychologists that no matter what level of happiness we are endowed with by nature, there are steps we can take to work with the “mind factor,” to enhance our feelings of happiness. This is because our moment-to-moment happiness is largely determined by our outlook. In fact, whether we are feeling happy or unhappy at any given moment often has very little to do with our absolute conditions but, rather it is a function of how we perceive our situation, how satisfied we are with what we have.

Previous articleTERRIBLE BUDDHA DOODLE MAY SET A DISASTROUS TREND : PLEASE SIGN THE PETITION
Next articleStephen Hawking: One of Buddhism’s Three Poisons threatens us all
Digital Media