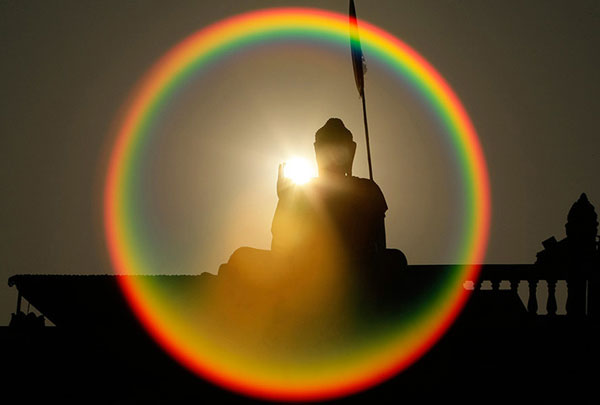 Police in Cambodia say they have recovered a precious gold urn that was stolen last year and contains what are considered to be remains of the Buddha’s body.

The urn was taken from a mountain shrine 25 miles (40km) outside the capital, Phnom Penh, in mid-December.

National Police spokesman Kirt Chantharith said it was recovered on Thursday from a house in the southern province of Takeo, and a man was arrested in connection with the theft.

Several countries in Asia possess relics believed to come from the body of the Buddha, Siddhartha Gautama, and the stolen urn holds great religious and cultural significance for Cambodia, a predominantly Buddhist nation.

The theft ignited a national outcry, and widespread demands that authorities track it down.

The relics were given to the late King Norodom Sihanouk in 1957 by Sri Lanka to commemorate the 2,500th anniversary of the Buddha’s birth.

Previous articleYou could be GOD, by doing GOOD.
Next articleGenius kid Kicked Out Of School For “Not Being Able To Learn” Could Win Nobel Peace Prize
Digital Media