Study: Reminders of Buddhism reduce prejudice — even among Christians 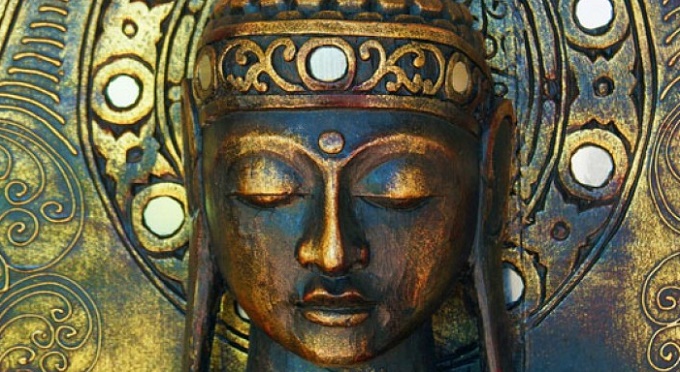 Researchers from Belgium and Taiwan have found that being exposed to Buddhist concepts can lead to increased prosocial behavioral intentions and undermine prejudice towards others.

Buddhism contains a variety of teachings and practices – such as meditation – intended to help individuals develop a more open-minded and compassionate personality. Unlike the three dominant monotheistic religions, it does not draw a sharp line between believers and unbelievers.

In three separate experiments of 355 individuals, the researchers found that being exposed to words related to Buddhism could “automatically activate prosociality and tolerance, in particular among people with socio-cognitive open-mindedness.”

The study adds to a growing body of research about priming, a phenomenon in which merely being exposed to certain words or concepts changes the way people think or behave. It was published in the April issue of the Personality and Social Psychology Bulletin.

Westerners with a Christian background also became more tolerant after being exposed to Buddhist concepts, though only among those with a predisposition for valuing the welfare of all people and an aversion towards authoritarianism. Implicit association tests showed that these participants were less prejudiced against African people and Muslims than participants exposed to Christian concepts or neutral concepts.

“To conclude, we think that this work provides, for the first time, experimental evidence in favor of the idea that in both the East and the West, across people from both Christian and Eastern Asian religious traditions, Buddhist concepts automatically activate positive social behavioral outcomes, that is, prosociality and low prejudice, in particular among people with personal dispositions of socio-cognitive openness,” the researchers wrote.

“Unlike Christian and other monotheistic religious systems that paradoxically seem to encourage not only prosociality but also prejudice, Buddhist ideas favor both prosociality and outgroup tolerance, and these ideals seem particularly efficient (in leading to action) for people with relevant personality dispositions.”

“Emotional (compassion) and cognitive (tolerance of contradictions) mechanisms explain, to some extent, how Buddhist concepts, across cultural and religious contexts, enhance prosocial and tolerant attitudes and behavioral tendencies. Religious and cultural characteristics ‘travel’ and influence people’s attitudes and behavior in a globalized world even at the implicit level of consciousness,” the researchers concluded.