The Ten Most Iconic (IRONIC) Photos of The 1940s

Taken at the height of World War Two and after Adolf Hitler had taken Paris, this picture depicts Hitler surveying his conquest with his various cronies and became one of the most iconic photos of the 1940s and World War 2. This powerful image of the death of the last Jew in Vinnitsa, Ukraine, was found in the album of an Einsatzgruppen soldier. The name of the image comes from the label at the back of the photo, and succinctly conveys what happened in Vinnitsa: all 28,000 of the Jews living there were killed. 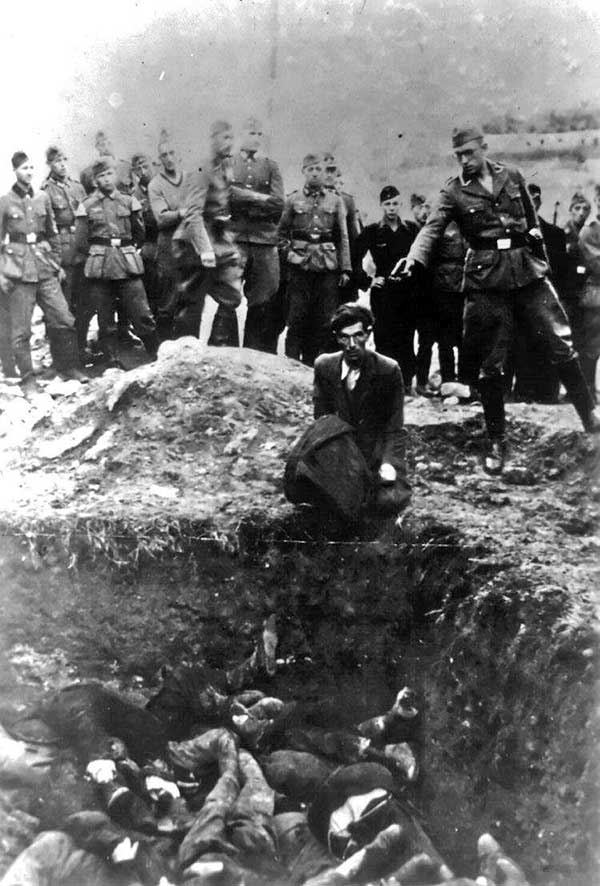 Shot in 1943, this is one of the best-known pictures of World War Two, as it depicts the terror inspired by the Nazis. The image above shows the destruction of the Warsaw Ghetto, which was the forced home to thousands of Polish-Jewish citizens. Though the most poignant part of picture is the frightened little boy in the foreground with his hands up as he is forcibly removed from his hiding place. Taken by Robert Capa, the iconic D-Day photograph depicts the bloody World War Two front at Omaha Beach. The eerie, blurred image may have been produced by an eager assistant who melted the exposures together, but that only adds to the haunting depiction of the chaos of war. 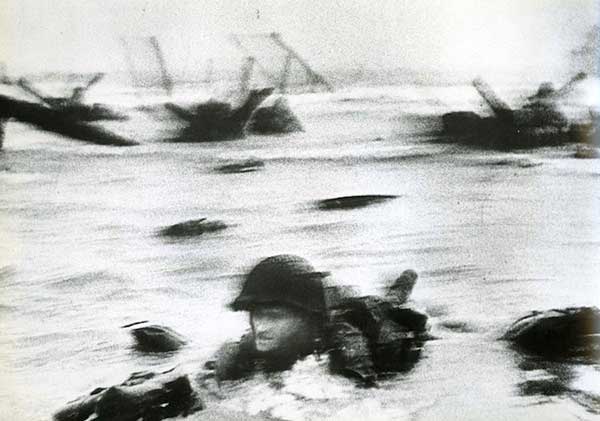 This iconic photo depicts the jubilance and relief expressed throughout America when armistice was declared in World War Two. Contrary to popular opinion, the two in the picture were not lovers; the soldier was jubilantly planting kisses on women in Times Square – this lucky nurse was just one of them. 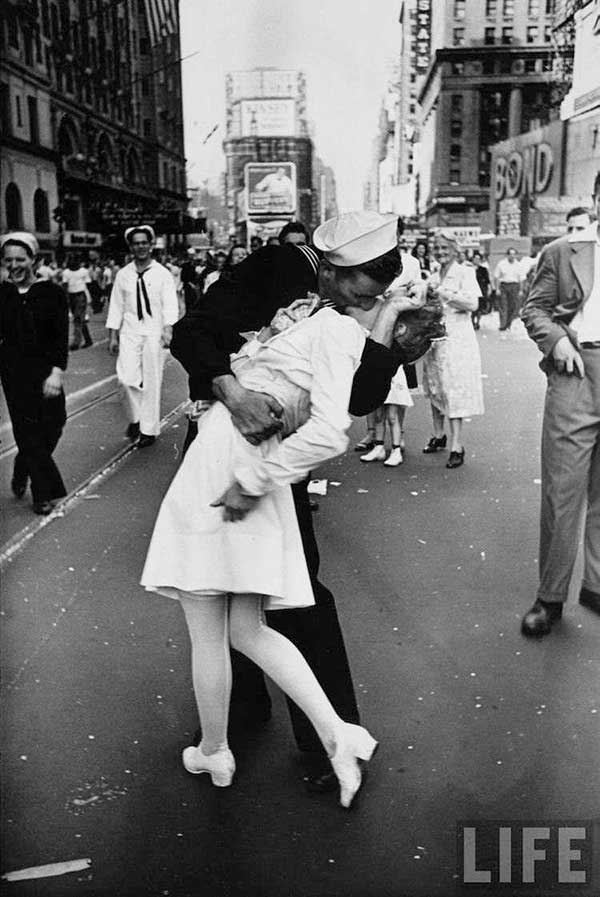 Raising The Soviet Flag On The Reichstag, 1945

Depicting Soviet troops raising their flag atop the German Reichstag building, this iconic photo was taken by Yevgeny Khaldei during the Battle of Berlin on May 2, 1945. Considered one of the most popular and identifiable images of war, the photo was so popular because the usurpation of the historically significant building symbolized the downfall the Soviets’ enemy. The takedown occurred after a lengthy and bloody battle within the buildings walls. A Pulitzer prize winning photo, this image by Joe Rosenthal shows U.S Marines patriotically raising the flag on top of Mount Suribachi during the Battle of Iwo Jima in WW2. Half of the men depicted in the picture died in battle. This profound image depicts the explosion of an atomic bomb on August 6th in Hiroshima, Japan. It was the second atomic bomb ever used and the mushroom cloud in the photo gives the scope of the devastation: 150,000 people were killed or injured. 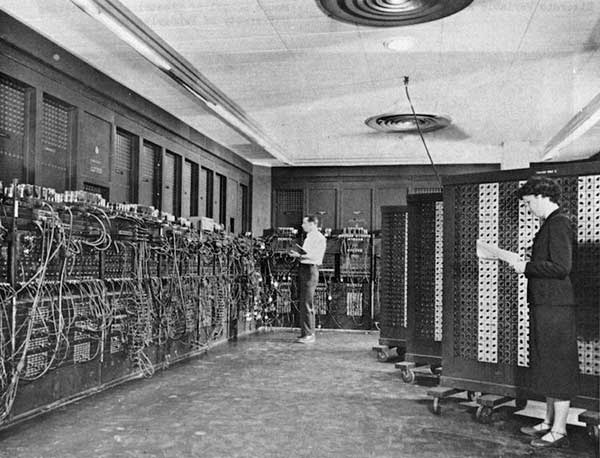 This surreal image was taken by Philippe Halsman as homage to both the new atomic age and to Salvador Dali’s surrealist masterpiece “Leda Atomica”. The bizarre photograph is actually a combination of people jumping and water and cats being thrown. The shoot took six hours, 28 jumps and various assistants throwing things in the air. 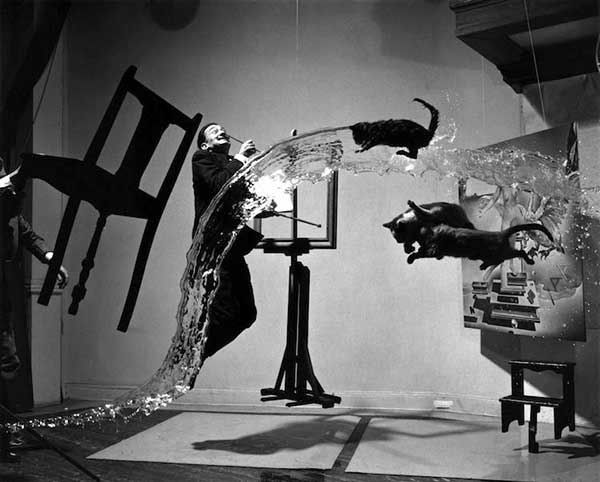