The Different Types of Cannabinoids: A Complete Guide 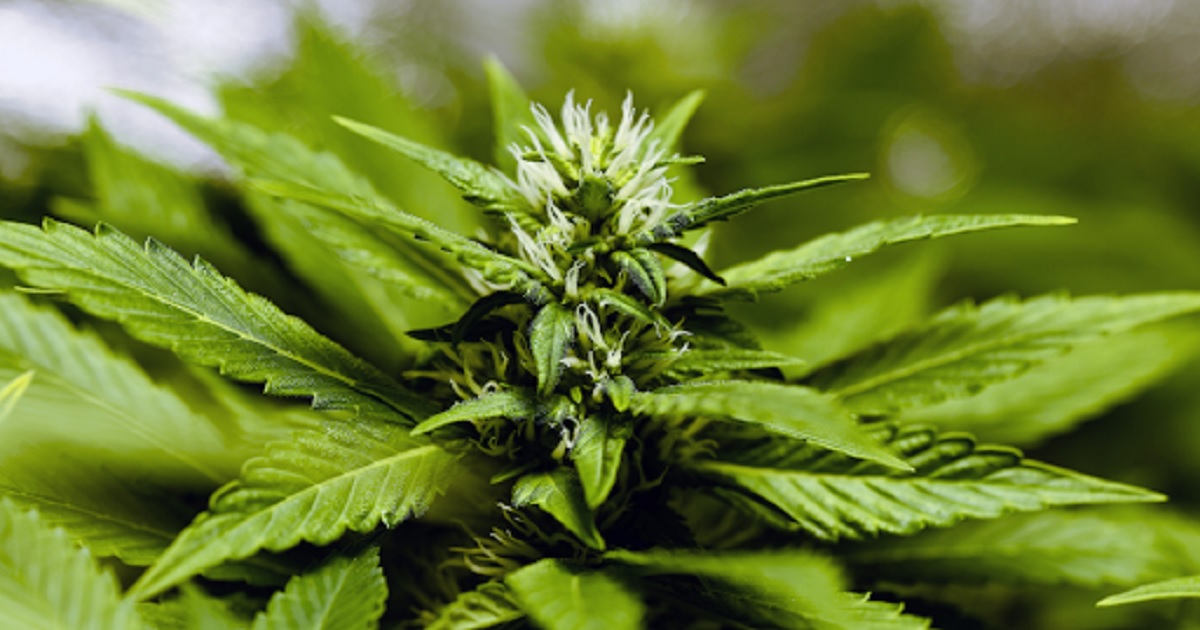 Did you know that cannabis does not directly produce CBD (cannabidiol) or THC (tetrahydrocannabinol)?

Marijuana plants contain more than 400 unique kinds of chemical compounds with at least 85 different types of cannabinoids(endocannabinoids). However, none of these are the famous THC nor the increasingly popular cannabidiol.

Learn some interesting facts about endocannabinoids and the role they play in the effects of cannabis here.

Cannabinoids are a type of chemical compound produced by the cannabis plant. Scientists believe these phytocannabinoids play a role in providing the plant with protection from predators, pests, and UV rays.

Cannabis plants secrete cannabinoids from their flowers. Every plant secretes a unique combination of cannabinoids as well as terpenes and other compounds.

Cannabinoids and Their Effect on the Human Brain

Your body constantly monitors important functions like how fast your heart beats, your temperature, and your hormone levels. When it notices something out of balance, the body uses the endocannabinoid system to correct the imbalance.

Select tissues in our body feature at least two known types of cannabinoid receptors known as CB1 and CB2. CB1 connects to the central nervous system and affects the brain and spinal cord nerves. CB2 connects to the peripheral nerve system (the nerves found in your extremities), specialized immune system cells, and the digestive system.

Scientists believe there may be a third, yet undiscovered cannabinoid receptor as well.

Certain cannabinoids and endocannabinoids can bond either CB1 or CB2, but often prefer one over the other. Their reactions differ based on which receptor they bond to as well as what other cannabinoids bond to other receptors at the same time.

The powerful endocannabinoid system regulates many vital functions, including:

The body can skillfully activate parts of the endocannabinoid system without affecting other parts.

For instance, say your body notices something going on with your immune system. It will trigger the correct response without affecting the digestive or reproductive systems.

The body then assesses that the endocannabinoids have done their job. In response, it releases special enzymes that break down the excess endocannabinoids. This keeps everything in balance.

Scientists have discovered that issues with the body’s endocannabinoid system cause tons of medical conditions.

Remember the endocannabinoid system helps balance the body’s other systems when they don’t work right. It makes sense that issues with the rebalancing system would make the issues worse and cause other problems.

For example, scientists believe irritable bowel syndrome, migraines, and fibromyalgia all come from a deficiency in the endocannabinoid system.

Doctors prescribe cannabis to fix the deficiencies in a patient’s endocannabinoid system. The legalization of medical marijuana makes it easier for researchers to look with greater depth into the role of the different types of cannabinoids.

The better scientists understand how cannabinoids interact with the body’s endocannabinoid system, the more precise treatments they can prescribe for certain conditions.

Right now they prescribe cannabis in general. With more research, they’ll be able to know which strain contains the best cannabinoids to fix your unique medical condition.

Cannabis contains possibly 100 or more different types of cannabinoids. That doesn’t even include the hundreds of other chemicals found in marijuana.

It’s the combination of these various chemical compounds that produce different effects. It’s also why cannabis has so many medical uses.

Scientists refer to the combination of chemicals and the effects they produce as the Entourage Effect.

What Is the Entourage Effect?

Endocannabinoids and cannabinoids bind to either the CB1 or CB2 receptor in the body to create an effect. The ratio of cannabinoid types and other chemicals like terpenes binding to the receptors produces a wholly unique effect. This effect is different from that produced by any of the chemicals alone or missing even one of the others binding at the same time.

The combination of chemicals and their unique effects is what scientists refer to as the Entourage Effect.

The Entourage Effect allows cannabis to treat a wide variety of medical conditions. The combination of chemicals changes so greatly from strain to strain, it causes each strain to produce totally individual effects.

Cannabinoid acids transform into cannabinoids through a process called decarboxylation.

Decarboxylation refers to the process of removing the extra carboxyl ring attached to their chain on the molecular level. It can occur slowly over time (like when growers leave cannabis to cure before selling it) or through heating the flower. That’s why people smoke or vaporize cannabis, to decarboxylate the cannabinoid acid and access the cannabinoids.

THC is the cannabinoid found in marijuana that causes psychoactive effects. However, it does not make users feel high in its acidic form as THCA.

For users to get high, they must change the THCA to THC through decarboxylation. THC is found in products like those sold by 3Chi.

But there’s more to THCA than just getting high.

THCA is the most commonly found cannabinoid in marijuana. It’s a powerful neuroprotectant with benefits for patients suffering from Parkinson’s diseases, multiple sclerosis (MS), and Alzheimer’s.

THCA also has anti-inflammatory effects on the body. It can help treat seizures and seizure disorders like epilepsy as well as arthritis.

Scientists have found that THCA has anti-proliferative properties as well. It can suppress cell growth, which gives it lots of potential in stopping the growth of cancerous tumors.

THCV is another of the common cannabinoid types and it primarily occurs in Sativa strains of cannabis. It’s known to have energy-boosting effects as well as the ability to suppress appetite and increase focus.

Sativa strains containing THC and THCV have the typical uplifting effects without the risk of anxiety thanks to the THCV. It reduces anxiety where THC can cause it and studies show it can reduce the prevalence of panic attacks.

Strains with THCV work well to treat anxiety disorders like PTSD. It also acts as a neuroprotectant to slow down cell degeneration. So, patients with MS, Parkinson’s, and Alzheimer’s will find it beneficial.

While researching THCA and CBDA, scientists discovered they share similar properties to NSAIDs, or non-steroidal anti-inflammatory drugs, like acetaminophen and ibuprofen. All of these chemicals inhibit the body’s COX-2 receptor, which causes inflammation.

CBDA has more bioavailability than cannabidiol. This means the body digests and metabolizes it easier, so it has greater effects.

CBDV behaves very similarly to CBD, but there is much less information known about this cannabinoid type. It does not get you high as THC does so you can continue to function normally while under the influence.

Recent studies show that CBCA reduces cancerous tumors in rats and helps to prevent the spread of cancer throughout the body. It also has pain-relieving, anti-inflammatory, and antimicrobial effects.

CBC forms after CBCA decarboxylases. It does not produce a psychoactive effect but offers several medical benefits. It has antibacterial and pain-relieving properties as well as the ability to relax tense or spasming muscles.

CBC encourages brain cell growth and offers neuroprotection for patients suffering from neurogenerative diseases like Alzheimer’s. It may also promote bone growth, stop the growth of cancer cells, and more.

CBC is very similar to CBC, but too little research has been done to know much about it. Researchers believe it will have properties similar to CBC because of its similar structure, but that might not be the case.

CBGA is the most important of the cannabinoid acids. It is the creator of all other cannabinoids including THCA, CBDA, CBDC, and CBG. Not much is known about CBGA other than this.

The decarboxylated form of CBGA, CBG does not have any psychoactive effects, and little occurs naturally in cannabis. It’s more common in high-CBD, low-THC marijuana strains like hemp.

Scientists have created cannabis plants featuring higher amounts of CBG because of CBG’s medical effects. It has anti-inflammatory, anti-nausea, and pain-relieving properties. It also slows cancer cell growth and works as a neuroprotectant.

Scientists do not know much about CBGV nor its cannabinoid acid, CBGVA. Research shows that CBGV too helps to relieve pain and inflammation like many other cannabinoids. It also inhibits the growth of cancer cells.

CBGV does something other cannabinoids do not. It helps patients with chronic dry skin conditions, which is completely unique to CBGV.

Marijuana plants do not naturally synthesize cannabinol or CBN. CBN occurs as a product of THC breaking down.

Cannabis flower that has aged for a long time tends to contain more CBN than a fresh flower. Storing cured marijuana away from oxygen prevents the breakdown of THC in CBN.

CBN has a more intense sedative effect than THC. It also has antibiotic, anti-seizure, anti-convulsant, anti-inflammatory, and immune-boosting properties.

Doctors prescribe CBN to help patients with Chron’s disease and arthritis. It also may be a promising treatment for glaucoma because of how it dilates blood vessels and reduces pressure inside of the eyes.

Most Cannabinoids Don’t Get You High

The only cannabinoid known to get users high is THC/THCA. When THC binds with the CB1 receptor it produces a blissful, euphoric effect that users call being high.

Humans have an endocannabinoid that attaches to the same receptor. It’s called anandamide and the name comes from the Sanskrit word ananda, meaning internal bliss.

The reason THC gets you high and anandamide does not is because of the FAAH enzyme. The FAAH enzyme breaks down excess anandamide and other naturally produced endocannabinoids. However, it cannot break down THC.

THC remains in your system longer so it can bind to the CB1 receptors over and over again.

These fun facts about cannabinoids make it easy to understand why certain strains of marijuana work better for some medical conditions than others.

Want to get more great health advice beyond the different types of cannabinoids?

You need to read the health section of our blog. You can find tons of articles on useful topics from dealing with Medicare to being more mindful.