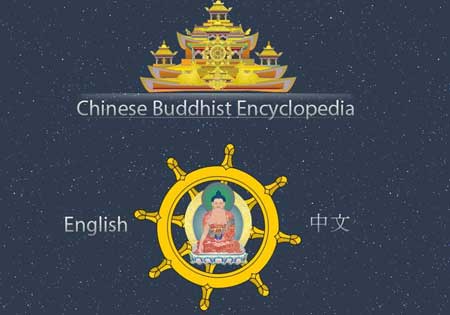 The end of the year 2012 marked an important milestone in academic Buddhism. During the PNC conference held at Berkeley University on 7-9 December, VelloVaartnou , a Buddhist monk from Australia,  launched his voluminous new project, an online Chinese Buddhist Encyclopedia.

It has taken Vaartnou many years to accumulate the knowledge and merit to start such a massive undertaking – one that is expected to continuelong after most of our lifetimes.

VelloVaartnouhas been a dedicated Buddhist for over 40 years andhas educated people in Buddhism in many countries.Heestablished the practical Buddhist tradition and the first Buddhist Sangha in Estonia in 1980andintroduced  the first Buddhist objects into the Estonian intellectual and religious landscape.

He has translatedbooks and texts, built seven stupas (including the first stupas of Northern Europe), and prayer wheels and temples.

VelloVaartnouhimself is a significant person in terms of modernizing Buddhist teachings and making them more available. He is the first ever to start using computers to paint thangkas and design temples with 3-D software and is today the author of two online Buddhist Encyclopedias andfounder of two annual international Buddhist conference  in Europe and Australia.Since 2010 Vaartnou has been developing international educational projects in the Australasian region, initiating the international conferences Buddhism & Australia, an online History of Buddhist Australia, series of exhibitions and an online Chinese Buddhist Encyclopedia (CBE).

The first entries for the Chinese Buddhist Encyclopedia were posted  in December 2012 and it has since grown to 20 000 articles in English and 4000 in Chinese. Vaartnou has continued his work on the project which is already considered one of the biggest online resources on Buddhism.

Let`s have a look at the CBE on its first birthday, and ask its author more about it.

Why a Chinese Buddhist Encyclopedia?

China has one of the biggest populations of Buddhists in the world.  Along with its significant and increasing global influence, it has great potential to preserve and develop the Buddhist tradition, and to influence the development of Buddhism globally.

To maximize the impact on more Buddhist readers around the globe, I have started the on-Line Buddhist Encyclopedia of China, in both Chinese and English.The encyclopedia introduces different aspects and approaches, and will not exclude any Buddhist materials which are not directly related to China.

The CBEcreates an advanced online source of Buddhist knowledge by bringing together Buddhists, academics, students and organizations such as universities, temples, monasteries and communities.

The CBE corrects and sets into logical and chronological order Buddhist materials and information, which have accumulated over thousands of years, adding new layers of cultural movements which have occurred and shaped Buddhism over time.

There is a great gap between Chinese and English speaking Buddhists and not all people can afford
to travel to explore Buddhism in other countries.  The online Encyclopedia provides an opportunity for people interested in Buddhism to learn and study in English and Chinese and in many
more languages in the future.

I plan to develop the Chinese Buddhist Encyclopedia in a variety of different languages, so in this sense I see it evolving into a World Buddhist Encyclopedia. The sub encyclopedias will contain information about Buddhism by country (history, traditions, teachers, lineages, scholars etc.) and language.

Tell us about the first year of CBE?

During the first year we have gathered, inserted, illustrated and provided links to more than 20,000 articles in English and 4,000 in Chinese.

For an example of categories go to: http://www.chinabuddhismencyclopedia.com/en/index.php?title=Category:Buddhist_Terms

The encyclopedia already contains Sanskrit, Pali, Tibetan, Japanese, Chinese and Zen dictionaries and is unique because of links within the text and because of the  large amount of illustrative materials.

Assembling and linking the material, demands both a knowledge of Buddhism as well as IT, and a complete mastery of technical solutions.

Tell us what makes CBE unique?

*CBE collects existing digitized materials on Buddhismand presents an academic approach to different aspects of Buddhism.  By managing and presenting information in a properly organized and codified manner, it makes itaccessible to people today.

*CBE has a huge number of illustrations that illustrate and explain texts as well makeit  easierto read.

*No other Encyclopedia has such links and illustrations.

*The Encyclopedia offers free access to anyone, anywhere, anytime.

A huge amount of work on the Buddhist Encyclopedia has been done byVaartnou and one volunteer in ahouse in Western Australia, where they have worked 16- 18 hours every day,  funded entirely byVelloVaartnou. He does not have a penny now and lives an extremely simple life. With his helper- volunteer he works every day on the project.

To date, there has been no support for the project from Australian authorities who have been approached.

Your organization does not seem to have a mandate from the local community to carry out charitable activities for the benefit of the Western Australian community.”

Such statementssound quite scandalous and the question arises– whywould Vaartnou need to ask for permission from others to start and work on his encyclopedia ?

Vaartnou emphasis that the key of CBE aim is preservation, it is vital in these rapidly changing times to gather all available materials and translate and digitize them.

The online world poses a potential threat to traditional forms of Buddhist materials.  In addition, if Buddhism does not adapt to this changing scenario it risks becoming irrelevant.

The influence of internet has been dramatic over the past 20 years but also has a potentially negative dimension including therepetitive and flawed information and incorrect terminology.

But as we know, these changing times also provide new opportunities, the Chinese Buddhist Encyclopedia is just one example of how these changes can be skillfully used to the advantage of Buddhism

Vaartnou says that the encyclopedia is a vast project that will take decades to reach its final potential and will continuously leverage the development of computer technology and the internet to reach this potential.

There are thousands of people all over the world who read the encyclopedia every day: people who are looking for information about Buddhism can find all information in the Chinese Buddhist Encyclopedia. The project has received many support letters from Buddhist, scientists, monastics and laypeople.

Dr.Bolsokhoeva, a Tibetologist and specialist in Tibetan medicine: “VelloVaartnou is the only person with both the understanding of the material and the drive will to carry out such a significant project.”

We could say that the first year of encyclopedia has been extremely successful.

The encyclopedia is used by universities, schools, monasteries and other institutions as a
source of qualified information and materials and is one of the biggest online resources on Buddhism.

If we look at statistics, then there are thousands of readers from all continents every day.

Most of them are from the USA, China, India, Taiwan, Australia.Every day there are many readers from Stanford, Berkeley, Singapore and also from Europe, Russia,  Africa etc.

After the 3rd international conference Buddhism & Australia in February 2014 in Perth, of which Vaartnou is the author and organizer, he will leave his work in WA to visit Taiwan , Mongolia and Bhutan to discuss the further development of the encyclopedia project.