The five duties to be performed by parents towards their children. 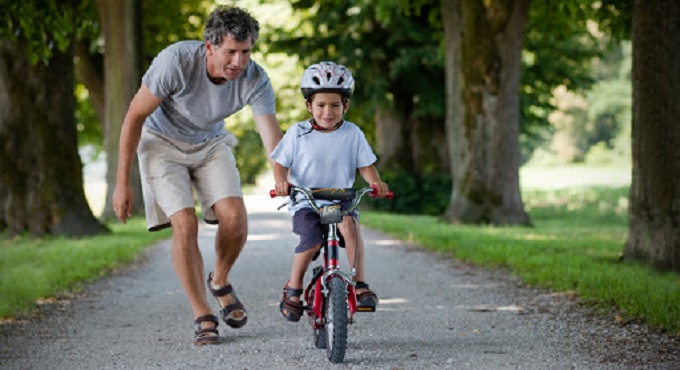 According to the Buddha there are five duties that should be performed by parents toward their children.
– The first duty is to dissuade them from evil: Home is the first school, and parents are the first teachers. Children usually take their elementary lessons on good and evil from their parents. Careless parents directly or indirectly impart an elementary knowledge of lying, cheating, dishonesty, slandering, revenge, shamelessness and fearlessness towards evil and immoral activities to their children during childhood. Remember the habit of aping. Parents should therefore show exemplary conduct and should not transmit such vices into their children’s impressionable mind.


– The second duty is to persuade them to be good: Parents are the teachers at home; teachers are the parents in school. Both parents and teachers are equally responsible for the future and well-being of the children, who become what they are made into. They are, and they will be, what the adults are. They sit at the feet of the adults during their im-pressionable age.

They imbibe what is imparted. They follow in their footsteps. They are influenced in thoughts, words and deeds. As such it is the duty of the parents to create the most congenial atmosphere both at home and in the school.

Education should be imparted to them, preferably from youth, in a religious atmosphere by training them to uphold noble human disciplines and humane qualities. This has a far-reaching effect on their lives.

– The fourth duty is to see that they are married to suitable individuals: Marriage is a solemn act that pertains to one’s whole lifetime; this union should be one that cannot be dissolved easily. Hence, marriage has to be viewed from every angle and in all its aspects to the satisfaction of all parties concerned before the wedding.

Parents’ observations of their children’s life partners is important for their future married life. While parents must accept modern practices like dating and so on, children must know clearly that parents have a right to monitor their activities, know who their friends are. But there must be also a right to privacy and self respect.

According to Buddhist culture, duty supersedes right. Let both parties be not adamant, but use their wise discretion and come to an amicable settlement.

Otherwise, there will be mutual cursing and other repercussions. More often than not the infection is transmitted to progeny as well. It is said that in most cases people who perpetrate abuse of others were themselves the victims of abuse.

– The last duty is to hand over to them, at the proper time, their inheritance: Parents not only love and tend their children as long as they are still in their custody, but also make preparations for their future comfort and happiness. They acquire treasures through personal discomfort and ungrudgingly give them as a legacy to their children.

Parents who bequeath their wealth do not want their children to squander it but to benefit from the inheritance so that it will enhance their living standard. In all of this the bottom line is mutual respect, and concern for the welfare of both parents and children

Previous articleAre you using the cash machines (ATM)? Don’t take the receipt after the transaction! Here’s why!
Next article9 Houseplants that clean the air and are almost impossible to kill.
Digital Media