The Only Black Samurai In Feudal Japan 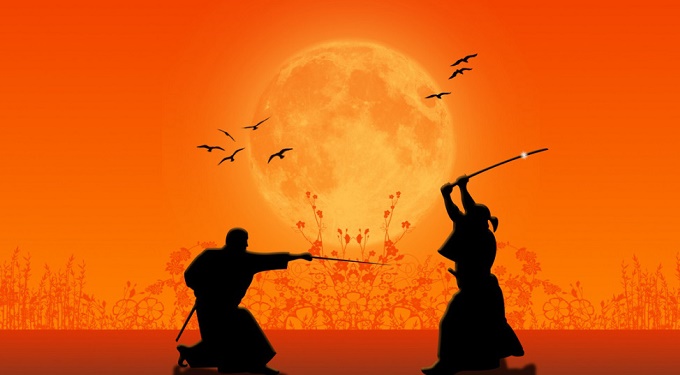 There is only one of you in all of time, this expression is unique.” —Martha Graham, The Life and Work of Martha Graham

His name was Yasuke, and he was the first and only black samurai. Brought to Japan by a Jesuit missionary, this African slave eventually ended up serving the famous warlord Oda Nobunaga. Yasuke even did battle with Nobunaga’s enemies, proving his worth as a samurai warrior.

Thanks to countless stories of their honor and heroism, the samurai are perhaps the most legendary warriors in history. Fans of Japanese history no doubt recognize names like Miyamoto Musashi and Tokugawa Ieyasu, but what about the coolest samurai to ever don a kabuto? Though his time as a warrior was brief, the man named Yasuke has a special place in Japanese history as the first and only black samurai.

The legend of Yasuke sounds like the plot to Quentin Tarantino’s next movie. Taken from his home somewhere in central or western Africa, Yasuke was sold to a Jesuit priest by the name of Alessandro Valignano. In 1579, Father Valignano went on a missionary trip to Japan, taking Yasuke along for help, and when the slave arrived in the Land of the Rising Sun, he caused quite a stir. After all, it’s said Yasuke stood over 2 meters (6 ft) tall, and he stood out a little bit among the homogeneous Japanese population.

Several years later, word of the newcomer reached Oda Nobunaga, a powerful figure who was responsible for the eventual unification of Japan. Curious to meet this celebrity, Nobunaga invited Valignano and Yasuke to visit him in 1581. When the warlord finally met the 26- or 27-year-old slave, he was quite impressed by his looks and stature. Later, he even claimed Yasuke was stronger than 10 men. The two were even able to converse, as Yasuke had learned quite a bit of Japanese during the past few years. However, Nobunaga wasn’t quite convinced that Yasuke’s skin color was genuine and had him stripped and washed just to make sure. When his servants failed to scrub away Yasuke’s blackness, Oda declared Yasuke would be his vassal and dubbed him with the Japanese name we all know him by today.

As Nobunaga’s retainer, Yasuke found more freedom than he’d had in years. Technically, he was still a servant, but now he was eating at a table with his peers and earning money for his work. Sometimes he even ate with Nobunaga himself, something that never would’ve happened with a European master. However, his service to Nobunaga didn’t last very long. Eventually, the warlord was betrayed by one his best generals, a man by the name of Akechi Mitsuhide. After Nobunaga’s death, Yasuke joined his son, Oda Nobutada and helped defend a castle against Mitsuhide’s forces. Unfortunately, the fortress was eventually overrun, and Yasuke had to surrender his katana to the enemy. However, Mitsuhide didn’t consider this “beast” to be a real samurai. Instead of giving him a warrior’s death, he sent him to a Jesuit church in Kyoto . . . where Yasuke mysteriously disappears. No one knows what happened next to the African samurai, but perhaps he spent the rest of his days wandering Japan as a black ronin, fighting villains and righting wrongs. (Sure, it probably didn’t happen that way, but it’d make a great manga.)

Show Me The Proof