These Incredible Bees Have Been Trained To Make Honey From Cannabis 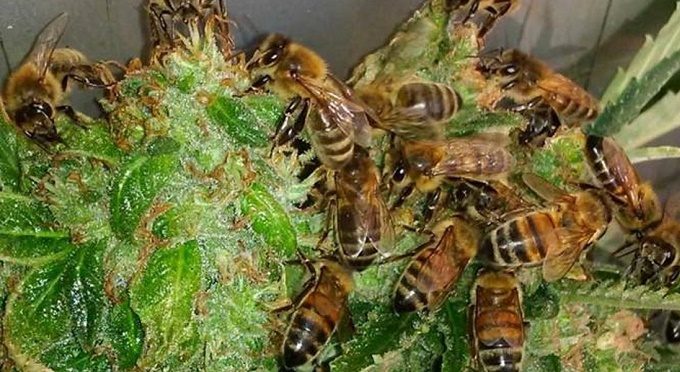 In a word: brilliant.

Nicolas Trainerbees, who goes by a fake name for a reason that shouldn’t be too hard to guess, has trained his bees to make honey from cannabis. The 39-year-old Frenchman is an advocate for complete cannabis reform and use of the plant medicinally. For 20 years, he’s worked with bees.

“I have trained bees to do several things, such as collect sugar from fruits, instead of using flowers,” he explains.

Nicolas says he’s been passionate about nature since he was a boy, leading him down this path in life. With his “cannahoney,” he hopes to be able to help others cure their diseases.

“For some time I had known about the health benefits of bee products such as honey, propolis, pollen, wax and royal jelly and also about the benefits of cannabis,” and so he decided to do something about it.

“So if the bee took the resin from cannabis it would also be very beneficial.”

“The aim arose for me to get the bees to obtain this resin,” he added. The “cannahoney” has “floral” aroma, he says.

“It is not smoked, it is ingested and it is good for health,” he adds. Nicolas says that “the bees accept any strain.”

“The bees that produce the cannahoney are not affected by cannabinoids because they do not have an endocannabinoid system,” he says

Previous article5 Pieces of Buddha wisdoms that will change your life
Next articleWhy are Buddhists Happy & Peaceful?
Digital Media