Three Cheetahs & their antelope Dinner. Then the unimaginable. How can this happen???

Others
By Staff Contributor
February 6, 2014

More often than not, when predators and prey interact in nature, the outcome is deadly. But something happened on the plains of Kenya’s Masai Mara that was so delightful, it left witnesses completely stunned.

Three cheetahs stumbled across a baby antelope and what they decided to do with it was so cute, it was literally going against nature.

The three male cheetahs weren’t interested in eating the little guy. Instead, they wanted to play! 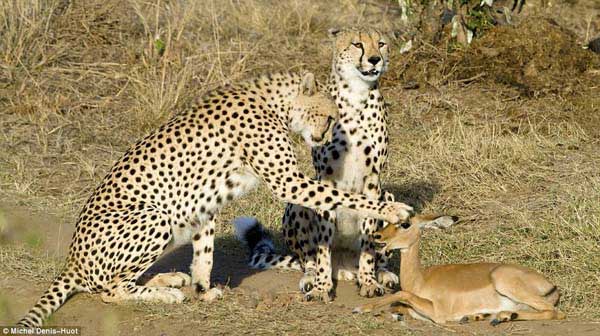 Unlike other big cats, cheetahs hunt during the daytime. But, after a hunt, they are usually tuckered out from having to use so much energy to run.

This is probably why they weren’t interested in gobbling up the little cutie. 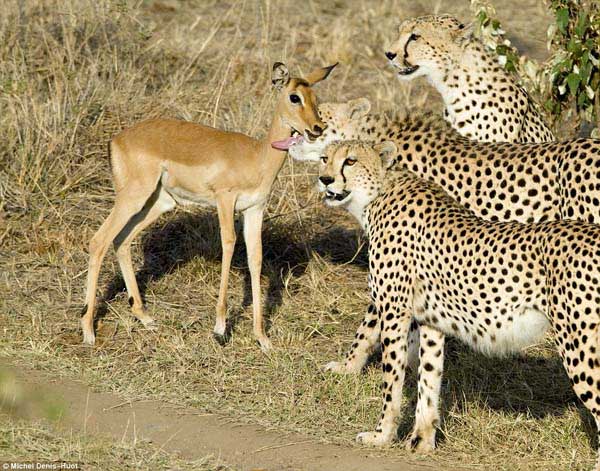 After teasing and pawing at the tiny impala, they finally let him go. He darted away, not knowing he just escaped death.

If only this is how Mother Nature acted all of the time. I never really agreed with Mufasa’s whole “Circle of Life” thing from The Lion King.

Here’s a video with the same pictures but a little more info: