The vast majority of us use Windows based systems, not because they’re perfect, but because they make do. But the reality is, that these systems can be quite annoying. There are so many features that litter these operating systems that one would consider annoying, as they slow down our experience, distract us from doing what we set out to do on them, or make simple tasks, more complicated than they should. The good thing is that it’s possible to disable most of the things you dislike about Windows.

These features exist because they serve a function, but not for all of us. For the majority of us, these things just get in the way of what we want to do on our computers. Disabling the things we dislike, just makes our Windows experience a far less annoying one. 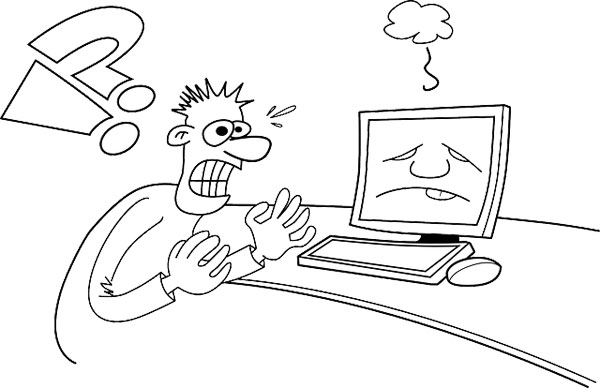 In Windows, the file extension at the end of file names will not be shown, by default. For example, if you had an audio file, called myaduio.wmv, it would appear in Windows Explorer as myaudio. While, you can find out what kind of file it is, by looking at its file details, it’d be much more convenience, if you didn’t have to.

Fortunately, it is possible for you to make file extensions visible. Simple go to File Explorer Options, then un-tick the box next to Hide extensions for known file types.

When you install or setup Windows for the first time, it comes with a number of annoying sounds. There are some people who really like these sounds, but there are many who would prefer silence or at the very least, their own audio.

Fortunately, you can disable these sounds, by clicking on the Speak Icon, in the system tray and entering Sounds option. From there, you can edit the Sound Scheme, or set it to No Sounds. I prefer to disable individual sounds, and keep those I like.

It’s not uncommon for you to install a program only to find out that it’s added a new item to your context menu. This may not seem like an issue at first, but as you install more and more programs on your system, it can start to pile up. To clean things up, you can opt to remove the corresponding program, or you can try disabling the context menu item, that way you get to keep the program on your computer.

The early stages of the installation process can be over in a relatively short amount of time, at no more than 30 minutes, but it’s the other stuff, like updates, customisations, and tweaks, that can really add on the minutes, until you’re looking at hours gone by.

If you use the nLite tool, for XP, then you can bypass a number of annoying steps during installation, like pop-ups and first boot-up sequence, which can make things go ahead much faster.

Slipstreaming XP Service Pack 3 is another great idea, as it ensures the operating system installs with all the latest updates, first time around.

You’ve got a really big file, like the entire season run of a TV show, that’s around 40 GB in size, you set it to extensively transfer to your external device, while you head out. You arrive home, turn on your monitor, only to find that Windows stopped copying at some point. To fix this problem, you should try TeraCopy, as it makes the entire transfer process that much faster, and consistent, and it gives you status reports and job times that are more realistic. It works seamlessly with your operating system, so you won’t even know its running.

Not to go in on Windows, so let’s start off with some truths. Windows Vista isn’t nearly as bad as some people would like you to believe. But, it does have a number of issues that can leave you with a sour taste in your mouth. Fortunately, there are a number of things that you can do to improve Windows Vista overall. Many of the tips highlighted above are also applicable for that operating system, if you still use it.

That said, Windows Vista has been discounted, so it’s probably less of an issue today, as it was in the past.

Uchenna Ani-Okoye is a former IT Manager who now runs his own computer support website https://www.compuchenna.co.uk.

Previous articleTips For Moving From The East Coast To The West Coast
Next articleTypes of Body Fat: Diets, Benefits, and Risks
Digital Media