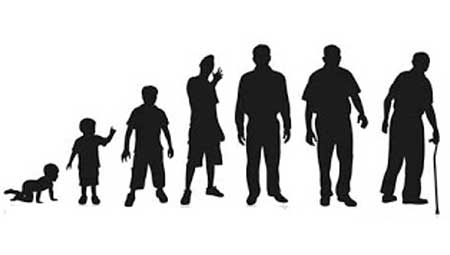 The “Four Emblematic Theorems” are: 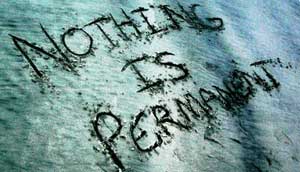 A passage in the Nirvana Sutra called the “Verse on Impermanence” tells the story of Sessen Doji, who, during his Buddhist practice, was willing to lose his life in order to hear the teaching he sought: All is changeable, nothing is constant. This is the law of birth and death. Extinguishing the cycle of birth and death, one enters the joy of nirvana. (M.W., Glossary)

Two principles from the “Four Emblematic Theorems” are demonstrated in this passage, i.e., everything changes, nothing lasts forever”, and “nirvana is tranquillity”. The Japanese “Iroha Ballad”, is a ballad to life’s fleeting nature: Though there is color and fragrance, both fade and die. When in this world and nothing is eternal, Why cross the mountain recess today?

Not even giddinessƒonly a momentary dream. In short, this lyric means that from the time of birth till the moment of death, all phenomena change, without even the slightest pause. 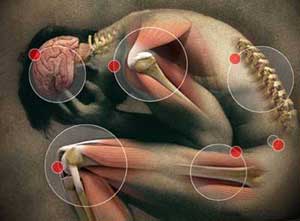 life”. The suffering of pain is the physical sensation of pain. The suffering of dissolution is the anguish one feels at the decay and death of things, e.g., the emotional sufferings due to poverty, despair and the infirmities of old age. The suffering of life alludes to the second of the Four Emblematic Theorems – “all of life is suffering”, and refers specifically to suffering caused by the impermanence of all that occurs (all phenomena and all life).

Buddhism places such great emphasis on suffering so that rather than taking an easy view of life, we look squarely at the realities of life in order to seek the highest ideals and true emancipation.

To give a simple explanation of the phrase, “all phenomena are without permanent self”, because existence is impermanent, nothing has a characteristic or essential true nature. All phenomena in thisworld are constantly changing, and since even humans are nothing more than a temporary synthesis of the Five Components (form, perception, conception, volition and consciousness), there is no suchthing as a fixed (permanent) individual nature or self.

This view can be said to be the same as the Mahayana ideology of ku. This view, “all phenomena are without permanent self”, admonishes that intrinsically, we should not be attached to things, or caught up by emotions of love and hatred that stem from making distinctions between ourselves and others.

By sensing the realities of suffering, mankind simultaneously comes to know the significance of the ideal of emancipation, or the condition where there is no suffering. Buddhism expounds “nirvana is tranquillity” as the ideal of the real world. The word nirvana means the state where all such earthly passions as greed, anger and stupidity are eliminated, like [a candle] that has been blown out. In other words, the life condition in which the fire of earthly passions has been extinguished is called nirvana.

It is explained that nirvana itself is the state of tranquillity, or the peaceful condition whose surface is disturbed by not even the ripple of a wave. It is further taught that when man has reached this tranquil state, our hearts will, for the time, be able to reflect the light of absolute truth. The True Entity of All Phenomena – Emblem of the One True Entity Although the above mentioned Three Emblematic Theorems and Four Emblematic Theorems are taught as the pillars of Hinayana Buddhism, in Mahayana Buddhism, and especially in the Lotus Sutra, only the “One Emblematic Theorem” is taught, which is the “True Entity of All Phenomena”.

An explanation of the “True Entity of All Phenomena” is given in T’ien-t’ai’s Hokke Gengi. He explained that the true entity of all phenomena [life] is made clear by means of the teaching of the ten factors in the Hoben chapter of the Lotus Sutra. It is further taught that the Buddha’s wisdom encompasses the true aspect of reality, that all things possess the Buddha nature and are themselves manifestations of the truth.

T’ien-t’ai established the principle of Ichinen Sanzen by means of this “True Entity of All Phenomena”, but then again, from the viewpoint of the Lotus Sutra, it can be said that the preceding Four Emblematic Theorems also show the doctrine of the “True Entity of All Phenomena”. In the Orally Transmitted Teachings (Ongi Kuden), the Daishonin states: The seed [of enlightenment] is belief in the heart of the Lotus Sutra. One enlightened to the true entity of all phenomena has attained

Buddhahood. (Shinpen, p. 1741) The Daishonin is teaching us here that enlightenment to the true entity of all phenomena is itself the core of Buddhahood, and that the manifestation of ichinen sanzen, which reveals corroborating evidence to that fact, is none other than the Dai-Gohonzon of Nam- Myoho-Renge-Kyo, the Supreme Law to be propagated in the Latter Day of the Law.