I wake up with Heavy heart! 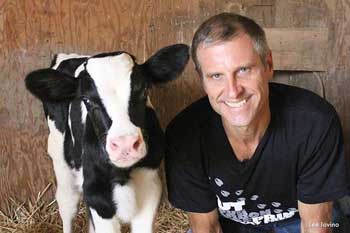 Every day I wake with a heavy heart.

Fifty million animals were murdered while I slept. 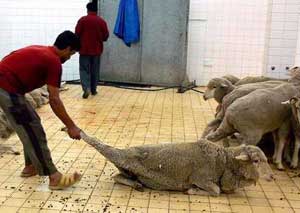 Another two million were born into slavery while I showered.

A million while I dressed, two million during breakfast.

As I type these words, 500,000 are terrified, waiting in lines to die. Millions more are enroute to slaughterhouses. Feeling, innocent creatures, so afraid of death, waiting to have their throats cut.

Six million die every hour. 24 hours a day. Every day.

The enemies of animals are humans, and the evil things they believe.

Private property! Profit! Business! Freedom to do what you want to animals you own! All are lies told by capitalists. All are designed to make money off the suffering of helpless animal slaves.

And religion condones the cruelty! People believe there is a sky wizard who gave us dominion and control of other creatures. That same sky wizard demanded that animals be killed as sacrifices to himself! It was all written down by goatherders 2,500 years ago, but is still swallowed by most people in the 21st Century!

To win Animal Rights we must defeat the capitalist system that makes it profitable to enslave and murder animals, and we must debunk the ridiculous myths and superstitions which justify human exploitation of our fellow beings.

If one believes absurdities, one can commit atrocities!